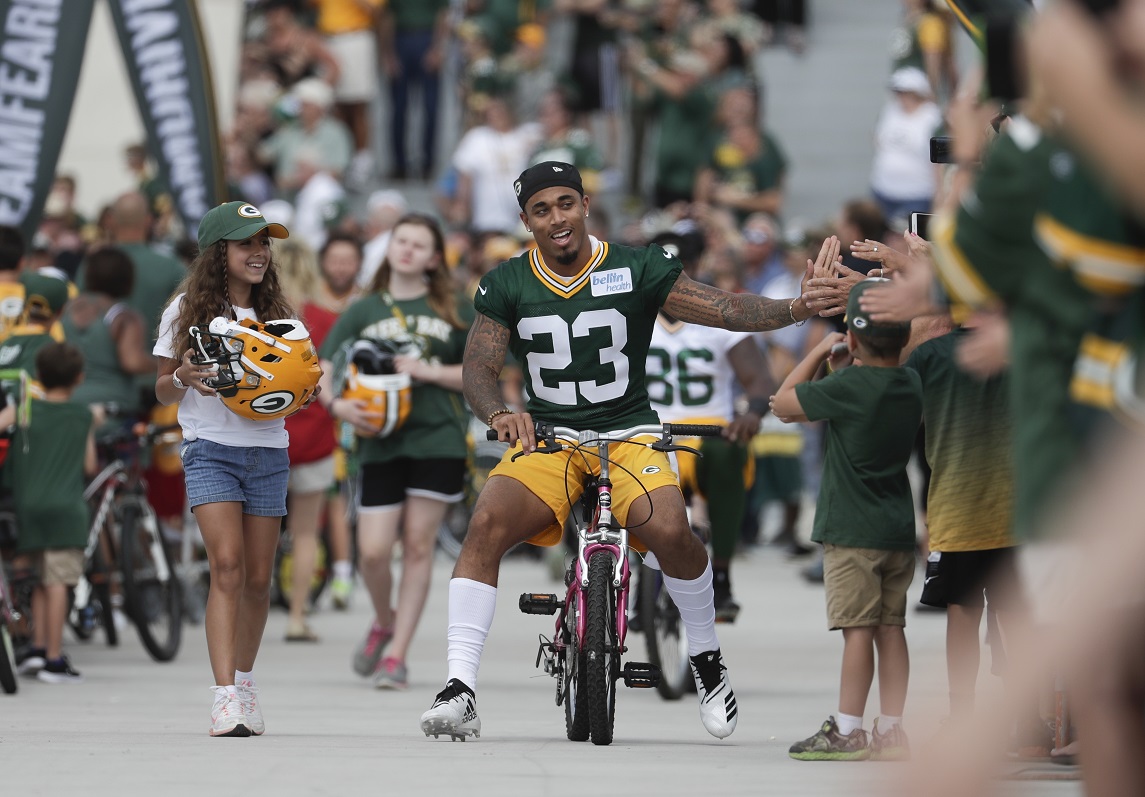 Now that Alexander is back from a shoulder injury that sidelined him for most of the 2021 regular season, he is eager to play alongside Eric Stokes and Rasul Douglas as part of a secondary that could rank among the NFL’s best.

“The sky’s the limit at this point because you know who’s back,” Alexander said this week at the Packers minicamp. “The general’s back.”

He’s healthier and wealthier now after signing a four-year, $84 million contract extensio n with a $30 million signing bonus, making him the NFL’s highest-paid defensive back.

The 25-year-old Alexander had emerged as one of the game’s top young cornerbacks before he had to watch the majority of last season from the sideline.

He hurt his right shoulder while tackling Najee Harris on a fourth-down play during the Packers’ 27-17 victory over the Pittsburgh Steelers on Oct. 3.

“The pain was incredible,” Alexander said. “It was like something I never felt. It was different, man, and I knew instantly.”

Alexander avoided surgery and came back for the playoffs, but his shoulder issue made it difficult for him to tackle anyone. Alexander missed a tackle when Deebo Samuel gained 9 yards on a third-and-7, setting up Robbie Gould’s game-winning field goal as time expired.

“If it’s September, I make that tackle, for sure,” Alexander said. “But I had no intention of going into that game and tackling. I had every intention of covering a wide receiver and locking them up.

Alexander’s coaches were impressed that he came back at all.

“A lot of guys would have just cashed it in and said, ‘Hey, I’ll see you in May,’” defensive coordinator Joe Barry said. “He busted his butt to get back and really was not 100%. He played his butt off in that playoff game. It goes to show you what kind of character he has, what he’s all about. You talk about football character, Jaire Alexander has it.”

Alexander is ready to pick up where he left off in 2020, when he became the first Packers cornerback to earn any sort of All-Pro recognition as a second-team selection since Hall of Famer Charles Woodson in 2011.

He now has plenty of help in that secondary.

Stokes, a 2021 first-round pick from Georgia, showed promise as a rookie last season. Douglas has credited Alexander for helping him deliver a breakthrough season in which he picked off five passes and scored on two of them.

“I tell them all the time, Eric Stokes and Rasul, they play as good as any All-Pro corners or any Pro Bowl corner that I’ve seen,” Alexander said. “That was good to see, (them) being able to pick up where I left off.”

Alexander is heading into this comeback season continuing the meditation sessions he’s practiced since his college years at Louisville and reminding himself of a message he received from Barry: Consistency is the best measure of greatness.

It’s a lesson his fellow cornerbacks also could use as the Packers try to bounce back from last season’s playoff disappointment.