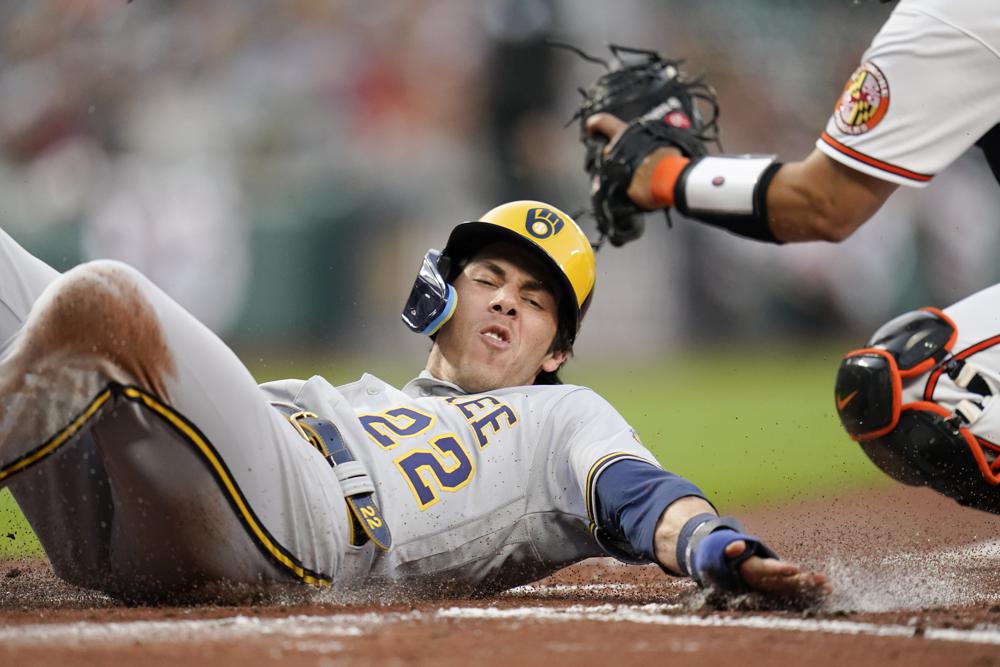 LISTEN: The Brewers road trip continues Thursday with the first of four against the St. Louis Cardinals. Pregame on WKTY begins at 6:10 p.m. Tune in on 96.7 FM / 580 AM

St. Louis has a 24-19 record overall and an 11-9 record in home games. The Cardinals have the third-best team batting average in MLB play at .255.

Milwaukee has a 28-16 record overall and a 14-10 record in road games. The Brewers have hit 57 total home runs to rank fourth in MLB play.

Thursday’s game is the fifth time these teams square off this season. The season series is tied 2-2.

TOP PERFORMERS: Nolan Arenado has 13 doubles, nine home runs and 32 RBI while hitting .288 for the Cardinals. Paul Goldschmidt is 19-for-39 with seven doubles and four home runs over the past 10 games.

Rowdy Tellez has 11 doubles, nine home runs and 33 RBI for the Brewers. Tyrone Taylor is 8-for-31 with a double, three home runs and 11 RBI over the last 10 games.

TOP PHOTO: FILE – Milwaukee Brewers’ Christian Yelich slides in ahead of the tag by Baltimore Orioles catcher Robinson Chirinos while scoring on a double by Andrew McCutchen during the first inning of a baseball game, Tuesday, April 12, 2022, in Baltimore. Brewers’ Willy Adames also scored on the play. (AP Photo/Julio Cortez)