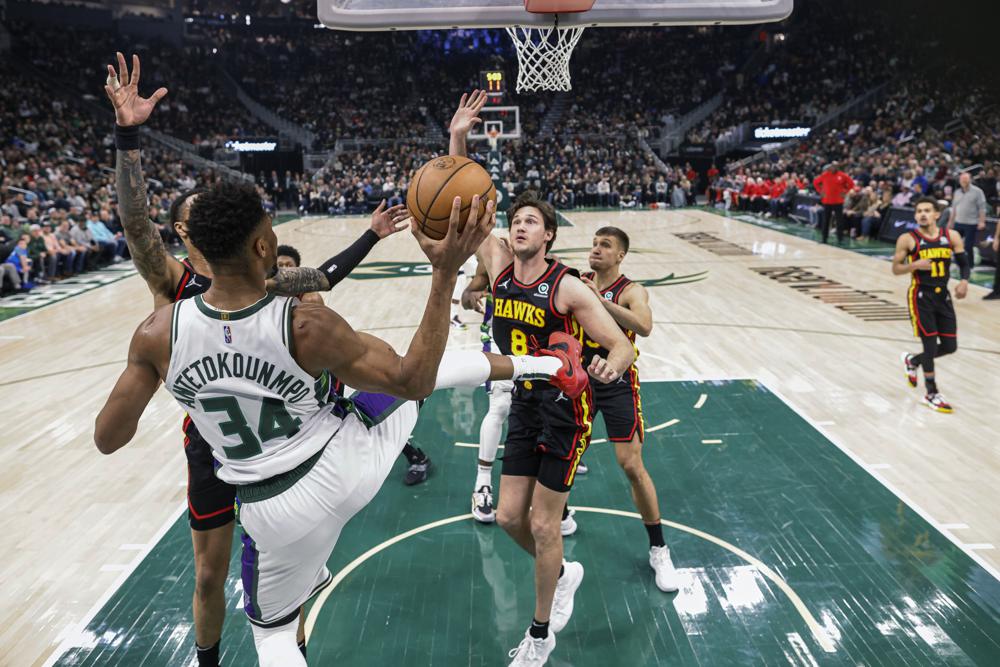 The Milwaukee Bucks and Atlanta Hawks will have two preseason matchups at Abu Dhabi in October, marking the NBA’s first games in the United Arab Emirates and the Arabian Gulf.

The two exhibitions will take place Oct. 6 and Oct. 8 at Etihad Arena on Yas Island in Abu Dhabi. The NBA announced the games Tuesday in conjunction with the Department of Culture and Tourism – Abu Dhabi.

They’re the third and fourth international preseason games known to be on next season’s schedule.

The Golden State Warriors and Washington Wizards are heading to Saitama, Japan, for games on Sept. 30 and Oct. 2. Those will be the first games for the NBA outside of North America since Jan. 24, 2020, when Milwaukee and Charlotte met in Paris for a regular-season game about six weeks before the global pandemic started.

The last time the NBA traveled overseas for preseason contests was October 2019, when Sacramento and Indiana played twice in Mumbai, Houston and Toronto played twice in Saitama and the Los Angeles Lakers and Brooklyn played a pair of games in China.

The teams going overseas for preseason games typically are allowed to open training camps a few days before the rest of the league. Most teams are expecting camps to begin Sept. 26, which – assuming the schedule stays as per usual – would put the league on target to hold opening night next season on Oct. 18.

The Bucks-Hawks exhibitions, billed as The NBA Abu Dhabi Games 2022, are part of a multi-year partnership between the NBA and the Department of Culture and Tourism – Abu Dhabi.

NBA deputy commissioner Mark Tatum went to Abu Dhabi in November to sign a multiyear deal between the league and tourism officials there.

The partnership includes the launching earlier this year of the first Jr. NBA Abu Dhabi League, a youth basketball league for 450 boys and girls 11-14 years old from schools across Abu Dhabi.

TOP PHOTO: FILE – Milwaukee Bucks’ Giannis Antetokounmpo (34) saves a ball from going out of bounds during the team’s NBA basketball game against the Atlanta Hawks on Wednesday, March 9, 2022, in Milwaukee. (AP Photo/Jeffrey Phelps)