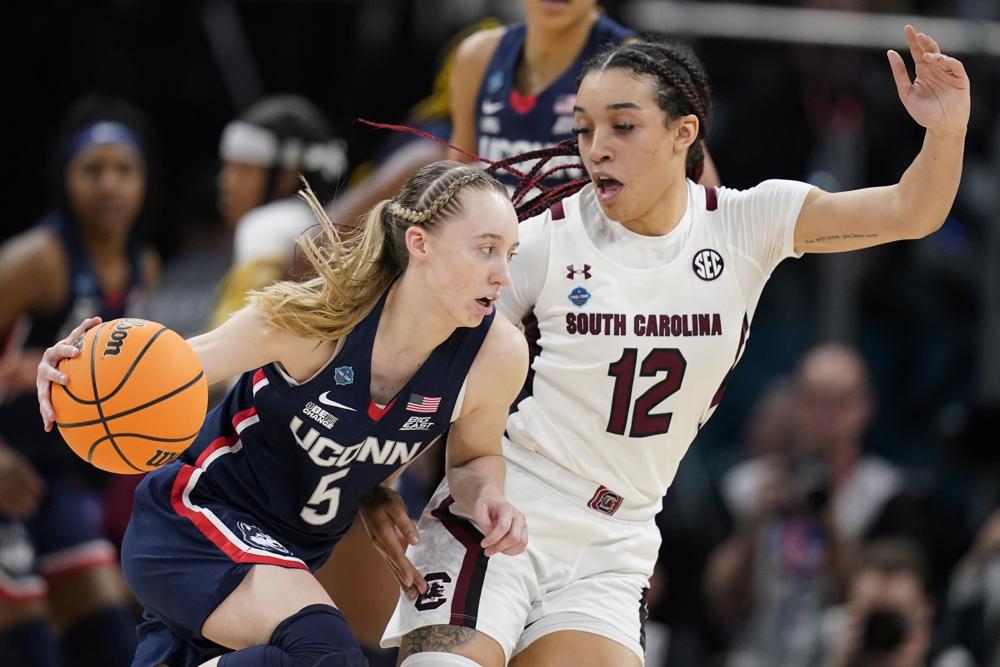 As part of the Big Ten’s effort to rotate host sites around its 11-state footprint, Minneapolis will become the fifth city to host the men’s tournament. Washington (2017) and New York (2018) were recent hosts, with Chicago and Indianapolis the most frequent host sites.

On the women’s side, Minneapolis will be the first non-Indianapolis host since 2015, when the tournament was held in in suburban Chicago. Target Center was the host of the NCAA Women’s Final Four earlier this month.

The Big Ten also finalized an agreement to keep the football championship game in Indianapolis through 2024. Lucas Oil Field has been the sole host of the game since it began in 2011.

TOP PHOTO: UConn’s Paige Bueckers tries to get past South Carolina’s Brea Beal during the first half of a college basketball game in the final round of the Women’s Final Four NCAA tournament Sunday, April 3, 2022, in Minneapolis. (AP Photo/Charlie Neibergall)