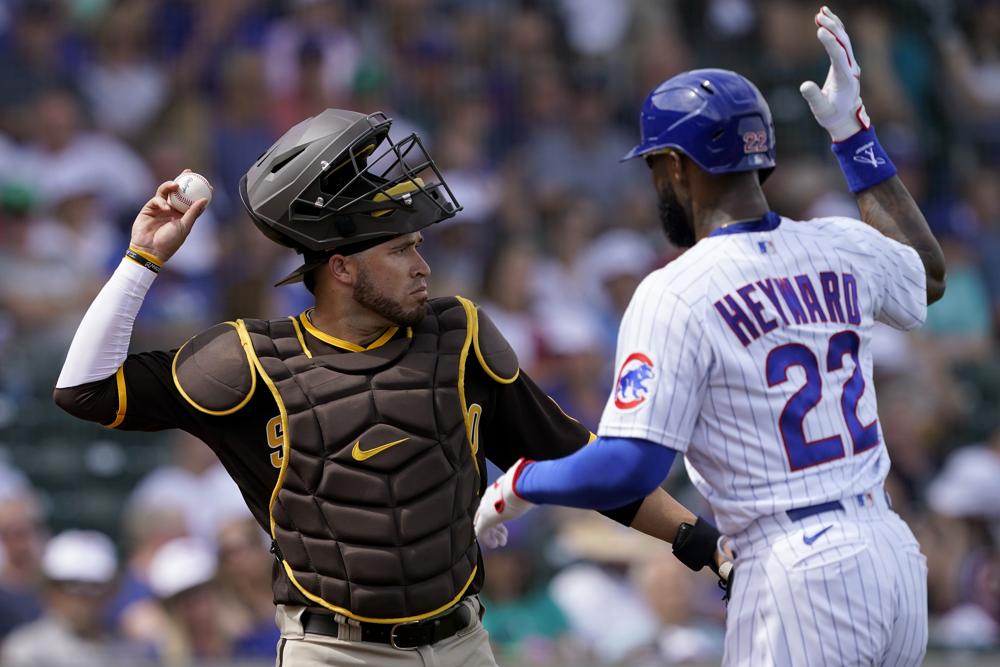 Caratini confident about adjustment to Brewers after trade

Caratini confident about adjustment to Brewers after trade

CHICAGO (AP) — The Milwaukee Brewers think Victor Caratini will have no trouble adjusting to his new team.

Caratini is up and running with Milwaukee after he was acquired in a trade with San Diego on the eve of opening day. He had some meetings before Thursday’s game against the Chicago Cubs, and then made his Brewers debut in the sixth inning of a 5-4 loss.

Caratini doubled in the eighth in his only at-bat, setting up Lorenzo Cain’s sacrifice fly.

Using a translator, Caratini said before the game that his travel was “a little hectic,” but he was ready to go. He had a locker next to fellow catcher Omar Narváez in the visiting clubhouse at Wrigley Field.

“Very surprised at first but in the end, very happy,” Caratini said of the trade. “This is a winning team that’s competed and they have a very good pitching staff. It just feels good to be here.”

Milwaukee acted quickly after catcher Pedro Severino was suspended for 80 games on Tuesday following a positive drug test. Severino tested positive for Clomiphene, a women’s fertility drug that has been used by some athletes to counter side effects of steroids use.

The reigning NL Central champions got Caratini and cash from San Diego for minor league outfielder Korry Howell and catcher Brett Sullivan. They also got Alex Jackson in a trade with Miami on Wednesday and sent the catcher to Triple-A Nashville.

While Caratini is joining his third big league team, he is quite familiar with Milwaukee. He made his major league debut with the Cubs in 2017 and spent his first four seasons with the NL Central club.

“I know them very well, playing in the division for a while,” he said. “I know the team from the other side but obviously it’s not the same playing against them compared to playing with them. So, I’m just happy to be here and hopefully I can help them win.”

The first big task for the 28-year-old Caratini is getting acclimated with a new pitching staff while the season is going on, but Brewers manager Craig Counsell said he thinks he will be fine.

“He’s a professional and he’s very good at his job,” Counsell said. “Is he going to have less information the first time than the second time? Of course. That’s the way it works.”

Caratini hit .227 with seven homers and 39 RBIs in a career-high 116 games in his only season in San Diego. The Padres got Caratini and right-hander Yu Darvish in a December 2020 trade with the Cubs.

Caratini is a .242 hitter with 22 homers and 112 RBIs in 362 career games. Counsell said Caratini’s switch-hitting ability is nice, but it’s his experience level that makes him a nice fit for the team.

“I think that more than anything helps this happen more quickly,” he said. “I think it helps our pitchers feel comfortable more quickly. Even thought they didn’t play with him, our pitchers have familiarity with him. They’ve seen him and I think that’s helpful for the guys who are going to have him catch them. I think that’ll help speed up the integration process.”