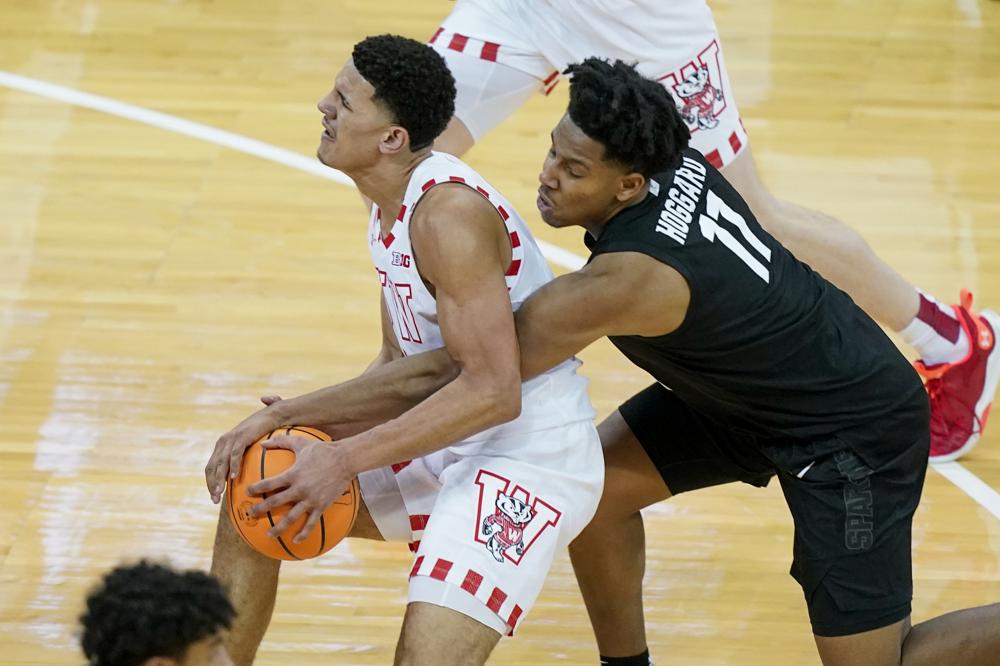 The two-some of Johnny Davis and Brad Davison did their part, but the University of Wisconsin men’s basketball team fell behind early and couldn’t catch back up.

No. 14 Michigan State snapped the eighth-ranked Badgers seven-game winning streak with an 86-74 victory Friday at the Kohl Center.

Davis scored 25, going 8-for-20 from the field, including 2 of 4 from deep. He was also 7-for-8 from the line and added five rebounds, four assists, a block, a steal and three turnovers.

“We made Davis work for everything, and he’s just a great player,” Michigan State coach Tom Izzo said.

“He’s important to us but we have to have other guys step up, specifically on defense,” Gard. “It took us too long to adjust to the Spartans’ transition (game). He’s an important part of who we are on both ends of the floor.”