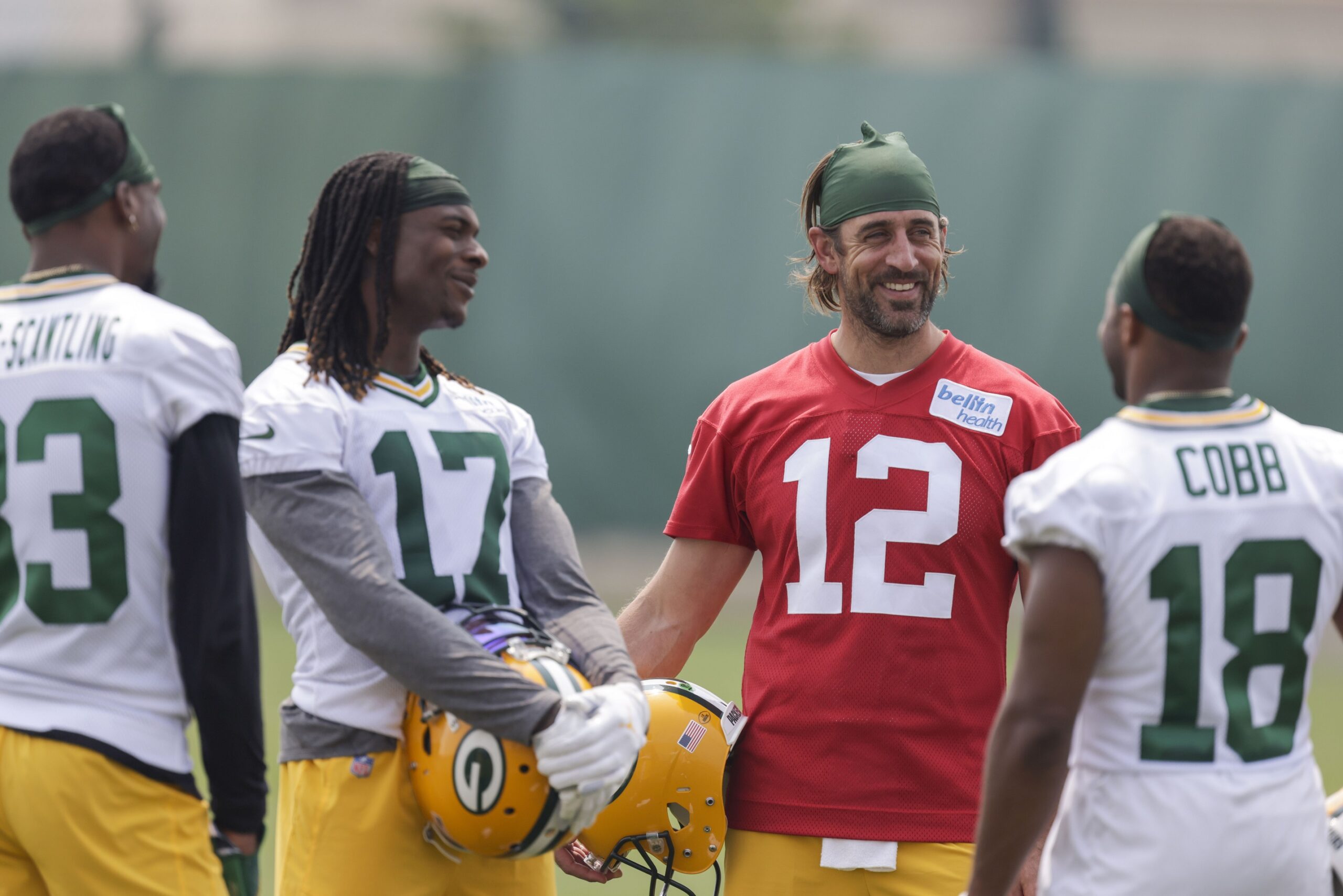 Until this season, Green Bay Packers quarterback Aaron Rodgers often referred to Hall of Fame cornerback Charles Woodson as his greatest teammate ever.

Now that title apparently belongs to Davante Adams, the wide receiver who has caught hundreds of passes from Rodgers over the past eight seasons. After a Christmas Day victory over the Cleveland Browns, Rodgers called Adams the “most dominant player I’ve played with.”

“When you start stacking up the numbers for Davante, it’s mind blowing,” Rodgers said.

But there’s one undeniable fact that remains in Woodson’s favor. Woodson played a key role on the 2010 Packers that won Rodgers his lone Super Bowl title thus far. Rodgers and Adams have teamed for 68 touchdown passes but no Super Bowl berths.

Their latest – and perhaps last – chance to change that comes in the next few weeks.

The Packers own the NFC’s No. 1 playoff seed and can reach the Super Bowl by winning two straight games at Lambeau Field, where they haven’t lost all season. The Packers (13-4) open postseason play next weekend.

Both Rodgers and Adams care about their legacies and understand the importance of achieving the one goal that’s eluded the Packers over the past decade. The Packers have lost in the NFC championship game in four of Adams’ previous seven seasons, including each of the past two years.

Rodgers’ spot in Canton is secure as he contends for a fourth MVP honor. Adams is putting together his own Hall of Fame-caliber resume that could get a major boost with a Super Bowl appearance.

“Every time I get out there, I don’t care if I have 70 yards and two touchdowns, whatever, if something didn’t look how I wanted it to, I’m always thinking about what would a Hall of Famer’s take look like and how would he feel about his performance,” Adams said. “So, that’s definitely something that’s on my mind. And to me, we can say what we want, but I feel like it’s a matter of time, for sure. I’ve just got to keep working, keep putting it together, man, keep working and keep stacking and put a ring on my finger, and we’ll see how everything looks when it’s all said and done.”

He understands the luxury of playing alongside Rodgers has helped him put up those numbers.

“I’ve played with the best quarterback to ever play this game, so it’s been amazing experience for me,” Adams said.

How long they’ll continue playing together remains uncertain, adding to the sense of urgency as the Packers begin this postseason run. Rodgers, 38, skipped the Packers’ organized team activities and mandatory minicamp during the most recent offseason in a standoff with team management. Adams’ contract is set to expire at the end of this season.

There’s a possibility neither will be suiting up in green-and-gold next season.

Rodgers says he won’t drag out any decision about his future, whether he chooses to return, request a trade or even retire. He’s complimented the moves general manager Brian Gutekunst made to strengthen the team this season.

Adams says Rodgers’ future could impact his own decision to stay or leave.

For now, Rodgers is appreciating the opportunity to make at least one more postseason run with the Packers, who selected him with the 24th overall pick in the 2005 draft. Rodgers talked this week about how much he appreciated the friendships he had developed with longtime team employees, from equipment guys and trainers to the cafeteria staff.

“For me, the Packer experience is so much different than a young player coming in, living in an apartment or a condo or a house and learning the city and figuring out what life is like in Green Bay and trying to learn their teammates,” Rodgers said. “I’ve been here 17 years, so I know this city. Now, it’s about those special little moments throughout the week with certain people and just enjoying everything that living here has meant.

“The special part about this year — about every year — is always the new guys and watching them come in with big eyes and seeing the personalities start to come out and develop as you get comfortable and start enjoying being a part of the team.”

If this ends up being their last season together in Green Bay, Rodgers and Adams have made it one to remember.

Rodgers has thrown 20 touchdown passes without an interception over his past seven games despite playing with an injured pinky toe, though he expects to be at full strength for the start of the playoffs. Adams set franchise single-season records in catches (123) and yards receiving (1,553).

“It’s been a fun season,” Rodgers said. “Now, we’ve just got to find a way to finish it off with winning our last game.”

0
0   0
previous Packers hoping homefield is to their advantage this year
next Davis scores 14, as Badgers avenge earlier loss to Ohio St.
Related Posts