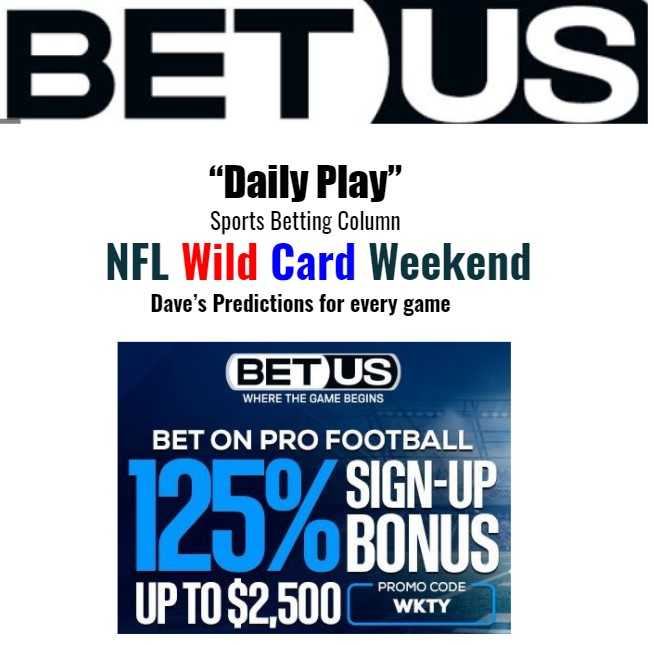 There might be no team in the NFL that is better prepared for the playoffs than Las Vegas, which has been playing for its postseason life for the past month. Meanwhile, no Raiders vs Bengals prediction and analysis would be complete without mentioning Cincinnati’s ugly history of postseason failures.

Cincinnati had no problem shutting down the Raiders offense when these teams met in November, limiting Las Vegas to 72 rushing yards and 13 first downs. The potential for cold and wet conditions could also help the Bengals by making it difficult for both teams to throw the ball, offsetting Cincy’s weakness against the pass.

You can never count out Bill Belichick and his team as an underdog, especially against the Bills. If they can run the ball as effectively as they did in their two earlier meetings with Buffalo this season, the Patriots should be live to earn their 10th victory in their last 11 trips to Orchard Park.

Stopping the run will obviously be a big key for the Bills, who are 3-4 SU this year when allowing 100 or more rushing yards. But a fast start will also be important for Buffalo in order to settle in and keep the fans energized. The Bills are 8-0 SU when scoring a touchdown on their first possession.

Philadelphia has enjoyed success this season due to its strong running game and defense. If the Eagles defense can keep this game close early, the offense should be able to stick to its run-heavy game plan and tilt the Buccaneers vs Eagles prediction in their favor.

Tampa Bay can win this game big if it can force the Eagles out of their comfort zone. Taking an early lead with the passing game or stuffing the run are two ways the Buccaneers could be the better Eagles vs Buccaneers pick, forcing Jalen Hurts to use his arm to beat them.

The Cowboys have a middle-of-the-pack rushing defense, ranking 16th in the NFL in rushing yards allowed at 112.8 per game. San Francisco will be a strong 49ers vs Cowboys pick if it can establish the run early and wear down this Cowboys defense.

A successful 49ers vs Cowboys prediction in Dallas’ favor will rely heavily on a big game from Dak Prescott. The 49ers defense is rock-solid against both the run and the pass, but Prescott has looked unstoppable at times this season and will need a game like that to lead the Cowboys to a win and cover.

Playing strong defense will be critical to hanging around in this one. Plus, Roethlisberger must avoid turning the ball over against what should be an extra-motivated opposing defense. If this game is low-scoring, Pittsburgh will at least have a solid chance to beat the spread and prove the Chiefs vs Steelers prediction to be wrong.

Despite some recent struggles, this Kansas City team has still won nine of 10 and covered six of eight. The AFC West champions have advanced to the Super Bowl the past two years too, so they have that experience to draw from. That said, a fast start and big early lead will be crucial to backing up the Chiefs vs Steelers prediction and covering.

Win the turnover battle. Murray was flawless in their victory over the Rams earlier this season, but he threw two interceptions in their loss to LA. And here’s a stat for you: Murray was tied for second for the most fumbles with 13 but somehow he never lost any. If he can hold on to the ball and control the game, it would make your Cardinals vs Rams pick that much tougher.

Their star players need to shine brightly. The team went out and added Stafford, OBJ and Von Miller for games like this. And let’s not forget the game-breakers they already had in Jalen Ramsey, Aaron Donald and the aforementioned Kupp. This truly is a dangerous football team. If they play at the level we know they can, betting on the Rams should be money in the bank.