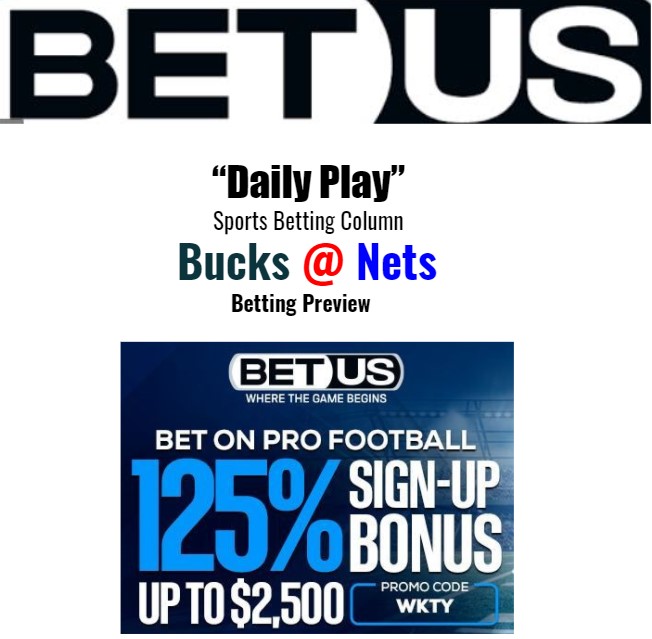 What’s on the table today?: Bucks vs Nets (Betting Preview)

The teams meet for the second time this season. The Bucks won 127-104 in the last meeting on Oct. 19. Antetokounmpo led the Bucks with 32 points, and Durant led the Nets with 32 points.

The Nets have gone 18-7 against Eastern Conference opponents. Brooklyn has a 4-0 record in games decided by less than 4 points.

The Bucks are 17-11 against Eastern Conference opponents. Milwaukee is third in the league with 47.0 rebounds per game led by Antetokounmpo averaging 11.5.

While Antetokounmpo is done with the protocol, the Bucks were missing Grayson Allen, Pat Connaughton, George Hill and coach Mike Budenholzer due to the protocol. Darvin Ham filled in for Budenholzer on Wednesday and likely will do so again Friday.

The Nets have lost three of their past four games. After trailing by 28 in a 118-104 loss to the Memphis Grizzlies on Monday, the Nets staged their largest comeback of the season by rallying from 19 down for a 129-121 win at Indiana in Kyrie Irving’s return as a part-time player on Wednesday.

Irving scored 10 of his 22 points in the fourth quarter but is ineligible to appear in home games because of New York City’s vaccine mandate.

Russell was a champion of activism before winning NBA titles

Appreciation: Bill Russell lived a life like very few others