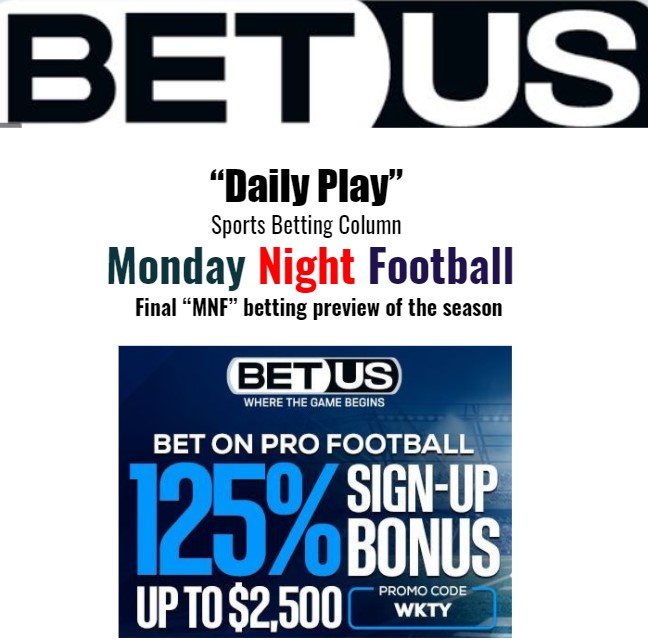 Tonight Week 17 of the NFL wraps up with the final Monday Night Football Game of the season which will see the Cleveland Browns limp into Heinz Field for a showdown (possibly the last one) against aging Pittsburgh QB Ben Roethlisberger and the Steelers.

When the line opened for this game the Steelers were favored by a point and a half (-1.5) and have now moved to two and a half point favorites (-2.5). The total opened at 41 ½ and has moved up another point to 42 ½.

When looking at Scores and Odds power rankings and what the actual line “should” be for tonight’s game, we see the Steelers as (-4) favorites teasing us some value on the Steelers to cover. However, as this will be a real dog fight in my estimation, with two QB’s who’ve struggled to get the ball downfield, I’m looking at the total for my play tonight and the UNDER of 42 ½ and staying away from the spread altogether.

It will be interesting to see how Big Ben and the Steelers look in what could very well be Ben’s last (regular season) game at Heinz Field, and for Cleveland, a team that had designs to win their division this year (a division the Bengals won yesterday), how would they show up? Would they show up at all? Is Baker Mayfield “the guy” for the team going forward? Lots of questions tonight and probably not a lot of answers which is why I won’t make a play on the spread, but instead on the UNDER of 42 ½.

Hopefully this game is at least an entertaining one as we say goodbye to Monday Night Football for the 2021/2022 season.