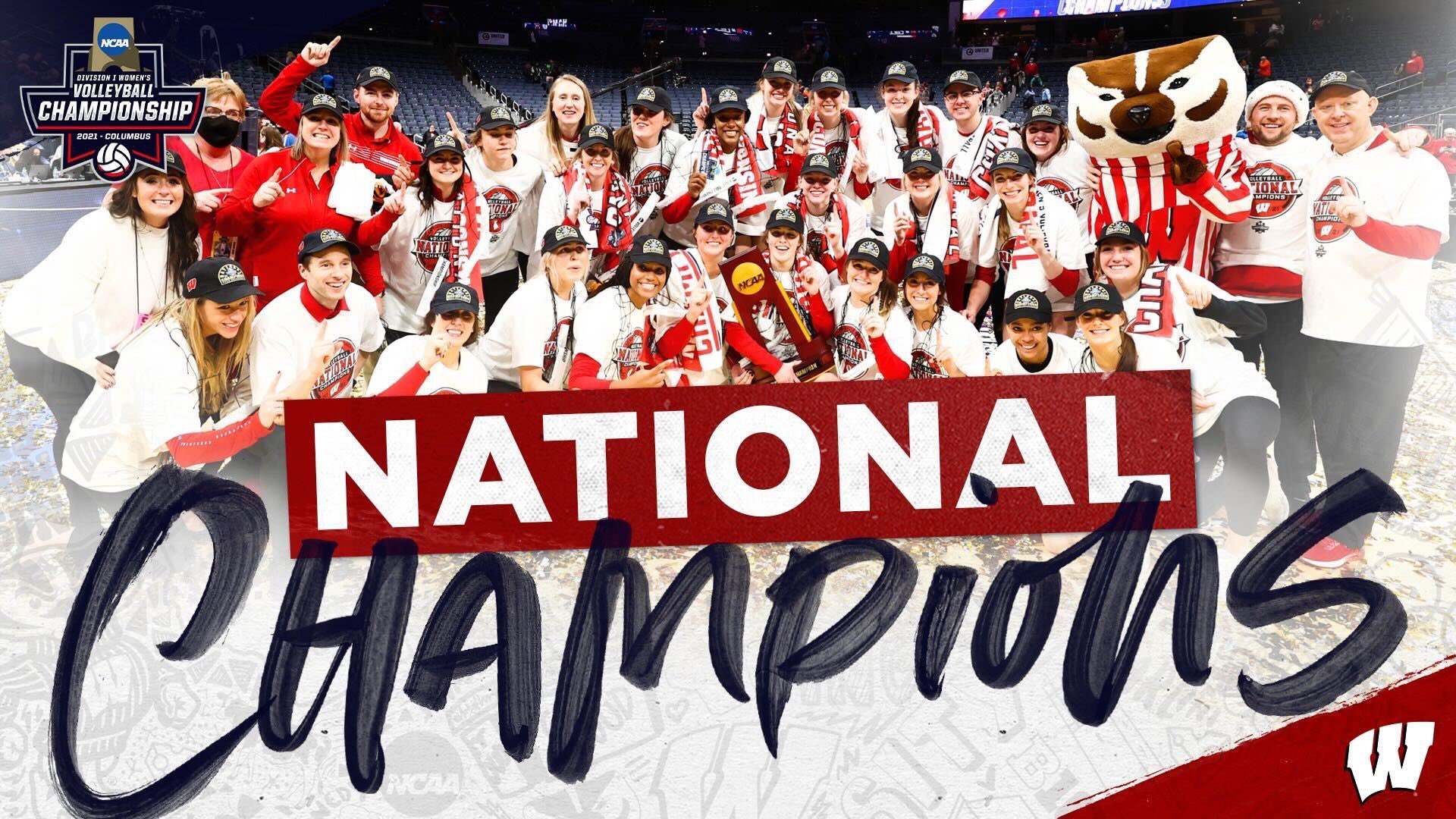 Dana Rettke’s kill, setup by senior Sydney Hilley, was the one that won the NCAA National Championship for the University of Wisconsin volleyball team.

And while it was Rettke’s kill that finally ended the fifth set, it was the 6-foot-8 middle hitter’s 13 total blocks — and 24 blocks from Wisconsin — that proved to be the difference.

Over the past three seasons, the Badgers (31-3) have gotten to the Final Four, as well. In 2019, like they did this season in upsetting No. 1 Louisville, the Badgers beat No. 1 Baylor in the semifinals.

Of course, they lost in the championship. History did not repeat itself.

Wisconsin had beaten Nebraska twice already this season (3-0 on Oct. 27 and 3-1 on Nov. 26). Of course, with a title on the line, this one was much more difficult.

The other double-digit kills for UW came from Jade Demps (12), Rettke (11) and Grace Loberg (10), while All-American libero Lauren Barnes added 31 digs for Wisconsin.

Wisconsin came out slow in dropping the first set, though many of those 50-50 plays went Nebraska’s way. UW regained its composure, depending a lot on all those blocks in winning the next two sets.

Things looked all but over for Stanford (26-8) to start the final set, as Wisconsin got out to a 7-0 lead. The Cornhuskers fought back, but that deficit was too great.