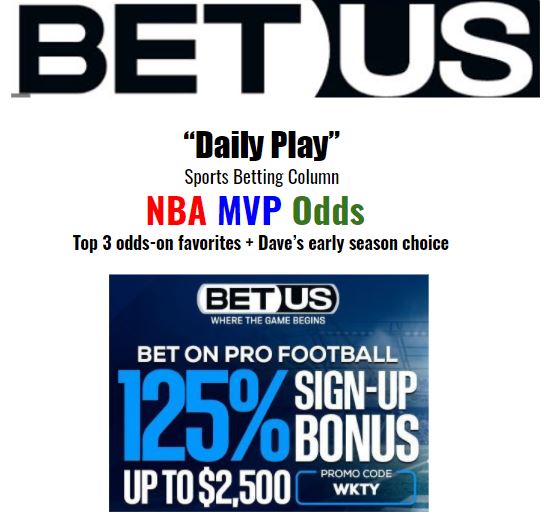 What’s on the table today?: NBA MVP odds & why I love Chris Paul to win

This morning on the program I began to detail the top (by odds) early season predictions for NBA MVP and while the guy I really like to win this year isn’t in the top 4 with respect to odds, he’s got the best value on the board in my estimation at (+4000) to win this years’ award: Chris Paul.

Through 24 games this season the players considered to have the best odds to win the MVP are as follows:

After Giannis and KD the drop is all the way to (+1200) for Denver center Nikola Jokic who was last years’ winner. This is where I depart wholly from the odds-makers and take a look down the line to a (+4000) spot for the Suns guard Chris Paul.

Chris Paul isn’t scoring the rock at nearly the clip the other players in the Top 3 (odds). Chris Paul isn’t rebounding as much as Giannis. Chris Paul isn’t hitting 10 three pointers a game like Steph Curry. What Chris Paul is doing however is transforming the Phoenix Suns into a legit, perennial contender and doing so while leading the NBA in assists at over 10 per game, and coming in the Top 5 in steals.

On initial blush this might not seem anywhere close to MVP numbers, but when you consider the Suns at (20-4) on the season so far, tied for the best record in the league with Golden State, and Chris Paul leading the charge who has NEVER won an MVP before you can start to see a narrative building that might be too tasty for the sports writers who vote for MVP to ignore.

Last year Chris Paul came closer than he ever has to his first NBA Championship. As the Suns were destroying the Lakers in a first round series, LeBron James publicly called out Chris Paul as the league’s “true” MVP of the season.  If the Suns continue to storm through the West, and if Chris Paul is leading that charge, regardless of some of his stat lines, don’t be surprised for Chris Paul to be awarded the MVP as a sort of two-fold prize. One, he would have had a great season and the Suns were the best or second best team in the conference. Second, this would serve as sort of a “lifetime achievement” award for Chris’ years of amazing play.

Steph Curry, KD and Giannis might all have better stats at the end of the year, and if KD’s Nets are the best team in the East, a real possibility exists that he wins his first MVP. However, if Phonenix stays this red-hot all season, don’t be surprised to see Paul land this award, and maybe land you in the money at (+4000) on BetUS.