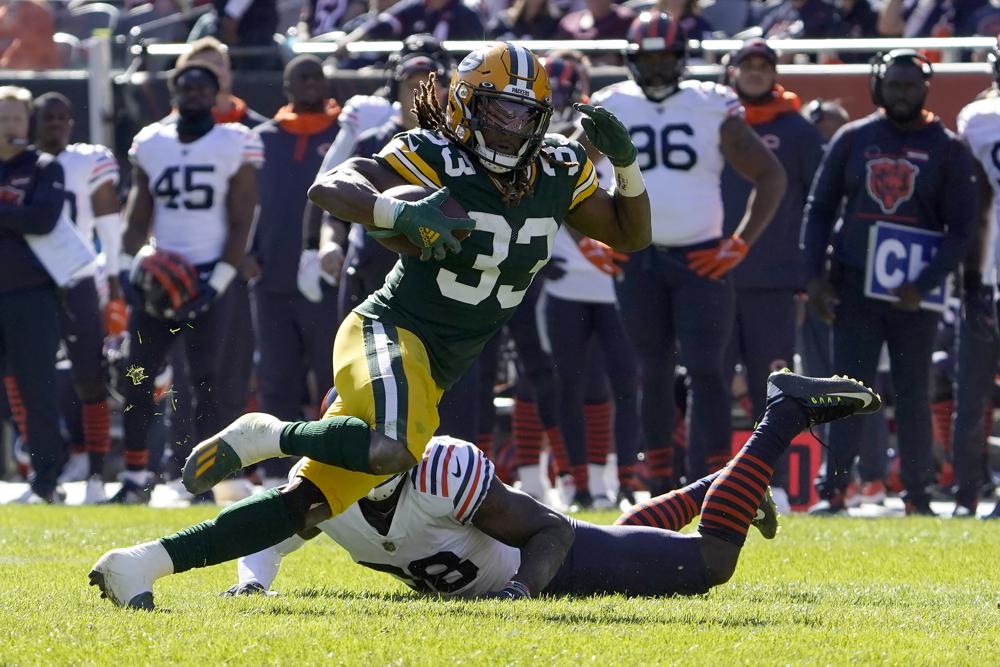 The Packers have been playing without 2020 All-Pro left tackle David Bakhtiari (knee) as well as cornerback Jaire Alexander (shoulder) and outside linebacker Za’Darius Smith (back). Alexander and Smith were second-team selections in the 2020 All-Pro balloting.

LaFleur said Monday they “potentially” could practice this week as the NFC North-leading Packers (9-3) return from their off week and prepare for a Sunday night home game with the Chicago Bears (4-8).

“Certainly we hope so,” LaFleur said. “Those guys again are doing everything in their power, but we’ll see where we’re at on Wednesday, and obviously you guys will get updated then.”

The Packers’ other notable injury involves quarterback Aaron Rodgers, who said he fractured his pinky toe last month while working out at home during his quarantine after testing positive for COVID-19. Although the injury hasn’t kept him from playing, Rodgers didn’t practice at all before a Nov. 28 victory over the Los Angeles Rams and practiced just once before a Nov. 21 loss at Minnesota.

“I know he was getting treatment and doing everything he can to be 100%,” LaFleur said. “I still think it’s a process, like anything, and we’ll see where he’s at this week. Hopefully we can get him out there at practice, but if not, we’ve got a lot of confidence in just his ability to go out there and play at a high level.”

Bakhtiari hasn’t played since tearing the anterior cruciate ligament in his left knee on Dec. 31. He had returned to practice in late October and was activated from the physically unable to perform list on Nov. 10, but he hasn’t been practicing the last few weeks.

LaFleur noted that he wouldn’t necessarily “lump them all into the same kind of category,” a potential indication that some of the injured players could return earlier than others.

“These guys love the game,” LaFleur said. “They love being with their teammates, they love competing, so I know that they’re itching to get back as soon as possible, and we just want to make sure that there’s no extra risk for a setback or whatnot, because obviously they’re an important part of this team.”

One other issue facing Green Bay’s defense concerns linebacker De’Vondre Campbell, who was placed on the reserve/COVID-19 list last week. LaFleur said Campbell could return to the team facilities as early as Friday and will be participating in meetings via Zoom until then.

The Packers added backup quarterback Jordan Love to the reserve/COVID-19 list on Monday.

LaFleur said rookie center Josh Myers won’t be returning to practice this week. Myers has been out since injuring his knee in an Oct. 17 victory at Chicago.