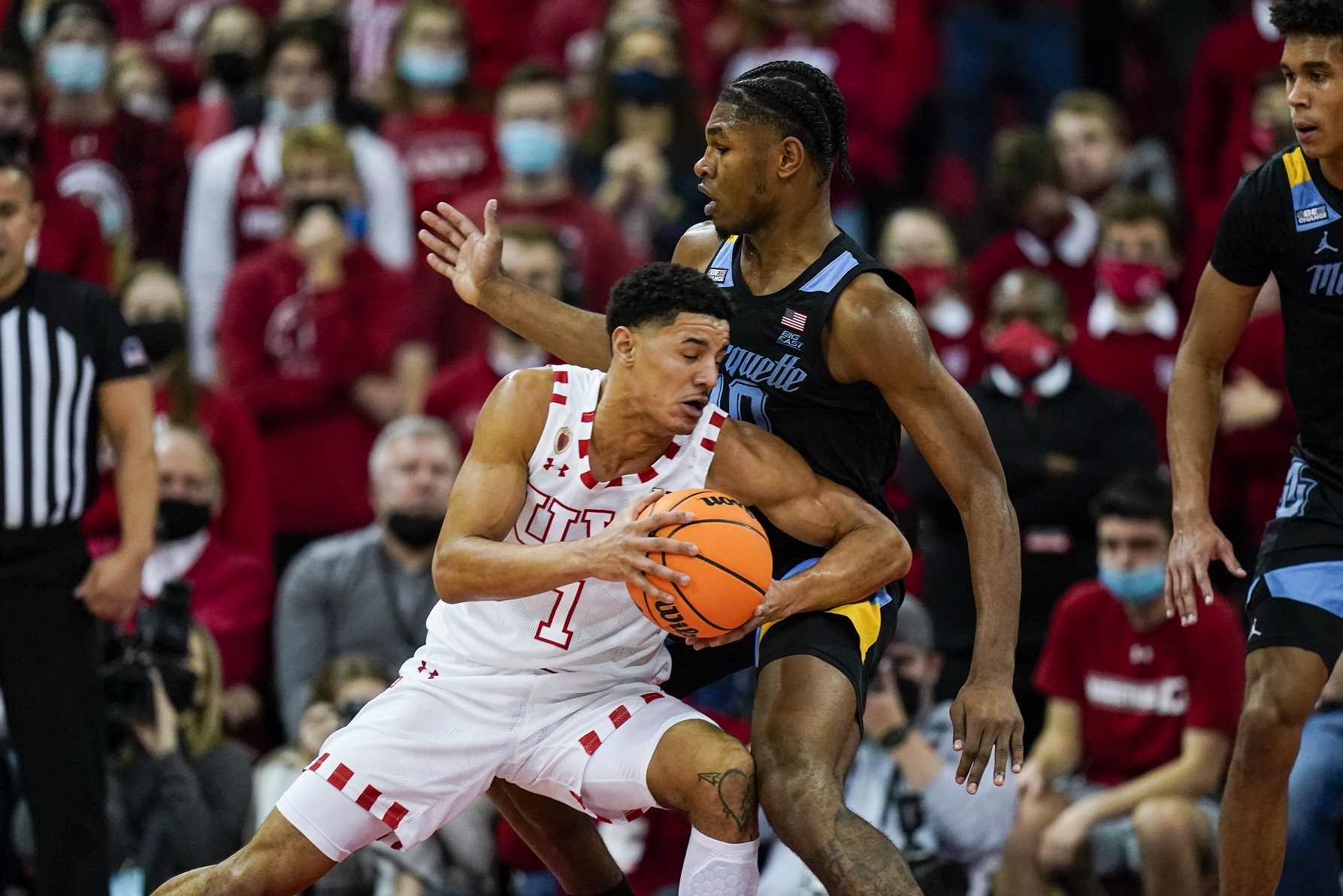 MADISON, Wis. — The second-highest point total of his career, Johnny Davis dropped 25 in leading the University of Wisconsin men’s basketball team to an 89-76 win over Marquette on Saturday.

“Ain’t nothing surprise me about this. Every time we step on the floor, we expect to win,” Davis said of the 7-1 start, winning their last five in a row. Wisconsin’s only loss — against Providence — Davis sat out with a bruised heel.

Davis scored a career-high 30 points earlier this season in the win over No. 12 Houston. He’s scored 15 or more points in every game this season. As a freshman, he only did that once.

Davis started the season 3-for-14 from beyond the arc over the first three games. The last four, he’s hit 8 of 13.

“In my opinion, he’s one of the best scorers in the country, and he’s shown that night in and night out,” teammate Brad Davison, who scored 20 points, said of Davis.

The two teams exchanged leads 13 teams and were tied another six to start, while Wisconsin hit just 5 of 19 shots to start the game. The Badgers were up at half 34-31. Wisconsin turned it on in the second, hitting 11 of 12 from the field at one point, getting up as many as 15.

0
0   0
previous Analysis: Why Rodgers got fined over COVID-19 but 3 Bucs were suspended
next No Giannis, no Bam — Bucks rout Heat
Related Posts