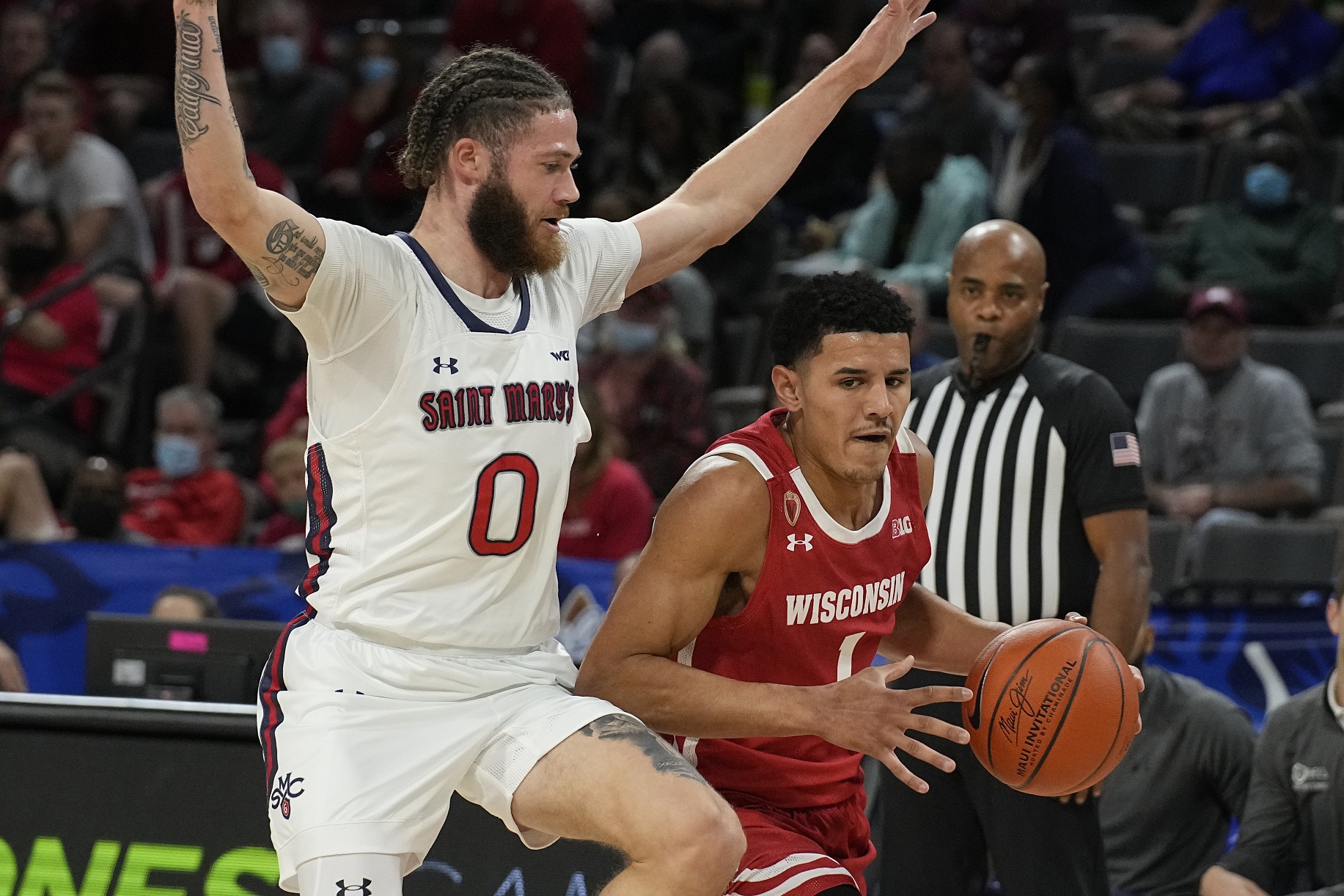 Another 20 points from Johnny Davis in helping the University of Wisconsin men’s basketball team get a 61-55 win over previously unbeaten Saint Mary’s and Maui Invitational championship.

Tyler Wahl and Davis pushed the lead to 54-50 with 2:07 to go. SMU cut it to one right after, but never could get a tie or retake the lead.

The La Crosse native, who’s had his three highest scoring totals in his past three games, added seven rebounds, an assist, a steal and three turnovers in 32 minutes.

The Badgers are unbeaten when Davis is in the lineup. He missed the Providence loss with a bruised heel.

The 6-foot-5 guard was coming off back-to-back games in which he set, among other career marks, career highs in scoring with 30 points and 21 points.