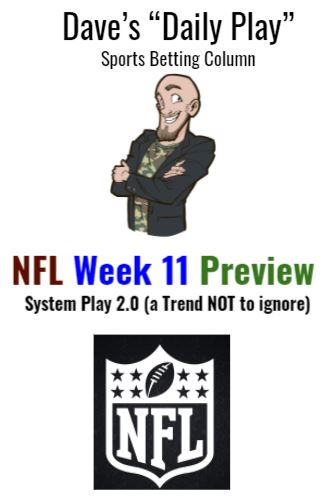 Last Friday I detailed an NFL “system play” in 2021 that is really finding a groove in covering the spread (which is the name of the game in sports betting).