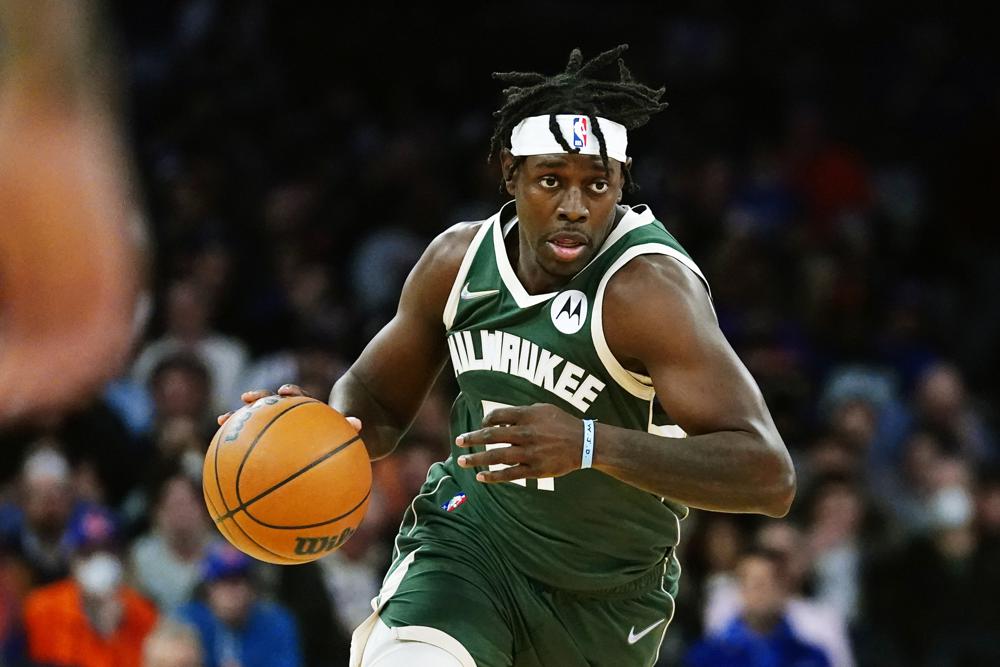 With Jrue Holiday back in the mix, the Milwaukee Bucks have rattled off two consecutive wins as they head to Boston on Friday.

Both teams are a bit banged up yet — or COVID-ed up in Milwaukee’s case. Khris Middleton is out with COVID-19, while both Brook Lopez and Donte DiVincenzo are both injured. Giannis Antetokounmpo is listed as day-to-day.

The Celtics will be without superstar Jaylen Brown.

With Brown out, Marcus Smart might get his wish in having the ball more. The guard recently called out Brown and Jayson Tatum for not passing enough.

Smart, the defacto point guard on a team without one, blames the inconsistency in his 32.6% shooting. He’s getting up 9 shots a game. He’s a career 37.5% shooter.

Holiday, who was injured in the Bucks first game of the season and missed eight games, is shooting just 37%. The 31-year-old in averaging 13.0 points, 6.4 rebounds and 4.2 assists.

0
0   0
previous Packers miss out on Beckham, who Adams was lobbying to get
next No Central High, Davis-Thompson homecoming when Badgers meet UW-GB
Related Posts