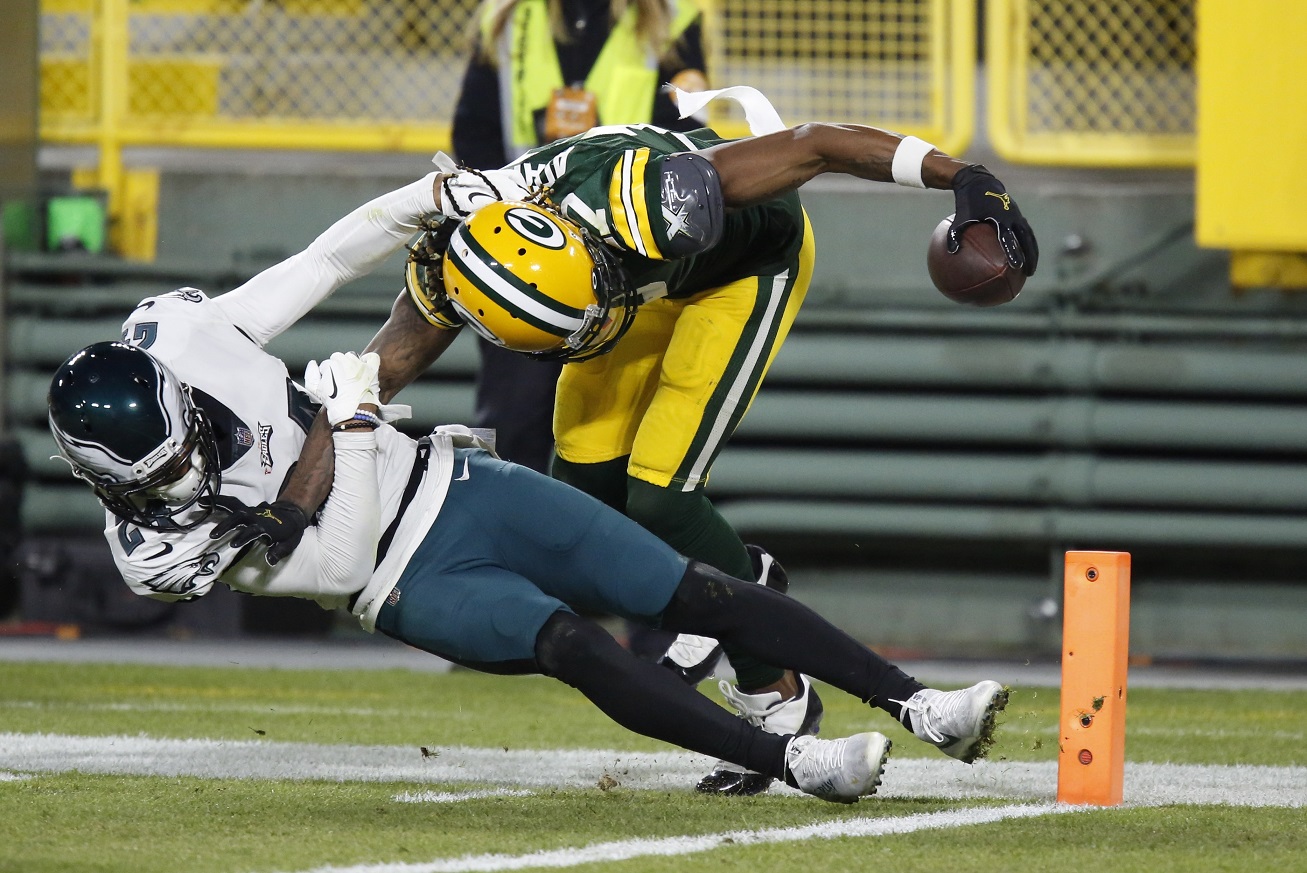 NFL set to propose fix to race-norming in dementia testing

NFL set to propose fix to race-norming in dementia testing

PHILADELPHIA (AP) — The NFL is set to propose changes to the $1 billion concussion settlement on Wednesday after an outcry over test score adjustments known as “race-norming,” which make it harder for retired Black players to win dementia awards that average $500,000 or more.

The new testing formula, developed during months of closed-door negotiations with players’ lawyers, will remain secret until a federal judge reviews it. That means the 1,435 NFL retirees whose dementia claims have been denied, many or most of them Black, won’t immediately know how the changes could affect them.

They also won’t know if their prior tests will simply be rescored, or if they must endure another grueling round of cognitive testing.

“The NFL should be really enraged about the race norming. …. That should be unacceptable to them and all of their sponsors,” said Roxanne “Roxy” Gordon, whose husband, a Stanford University graduate, finds himself at 40 unable to work.

Amon Gordon has twice qualified for an advanced dementia award only to have the decision overturned for reasons that aren’t yet clear to them. His case remains on review before the federal appeals court in Philadelphia.

The NFL had agreed in June to halt the use of “race-norming,” which assumes Black players start with lower cognitive function. That makes it harder to show they suffer from a mental deficit linked to their playing days.

The binary scoring system in dementia testing — one for Black people, one for everyone else — was developed by neurologists in the 1990s as a crude way to factor in a patient’s socioeconomic background. Experts say it was never meant to be used to determine payouts in a court settlement.

Of the approximately 20,000 NFL retirees who have registered for the settlement program — which offers monitoring, testing and, for some, compensation — more than 2,000 sought awards for early or advanced dementia.

The vast majority of the league’s players — 70% of active players and more than 60% of living retirees — are Black.

“If the new process eliminates race-norming and more people qualify, that’s great,” said Ken Jenkins, a Black NFL retiree who does not have an impairment but advocates for those who do.

“(But) we’re not going to get everything we wanted,” Jenkins, an insurance executive, said Tuesday. “We want full transparency of all the demographic information from the NFL — who’s applied, who’s been paid.”

He and other critics want to see a breakdown by race of the $821 million paid to date through the program. It’s not clear the court will make that data public, although he and others have also asked the Civil Rights Division of the Justice Department to open an inquiry.

The issue first came to light in 2019, when former Steelers Najeh Davenport and Kevin Henry filed a civil rights lawsuit that exposed the unequal testing formula.

Senior U.S. District Judge Anita B. Brody, who has overseen the settlement for a decade, dismissed the suit on procedural grounds. But as the uproar over race-norming intensified this year, she ordered the lawyers who negotiated the 2013 settlement — New York plaintiffs lawyer Christopher Seeger for the players and Brad Karp for the NFL — to work with a mediator to address it.

She later allowed lawyers for Davenport and Henry to join the talks, and issued a gag order on everyone involved.

In the meantime, the Gordons and other NFL families wait.

“His life is ruined,” Roxy Gordon said of her husband, who spent more than a decade in the league as a defensive tackle or defensive end.

He hoped to work afterward with children in urban areas like the one in Seattle where he grew up, she said. Instead, she cannot depend on him to pick up their 10-year-old son from school near San Diego.

“He’s a 40-year-old educated male who can’t even use his skills,” she said. “It’s been horrible.”