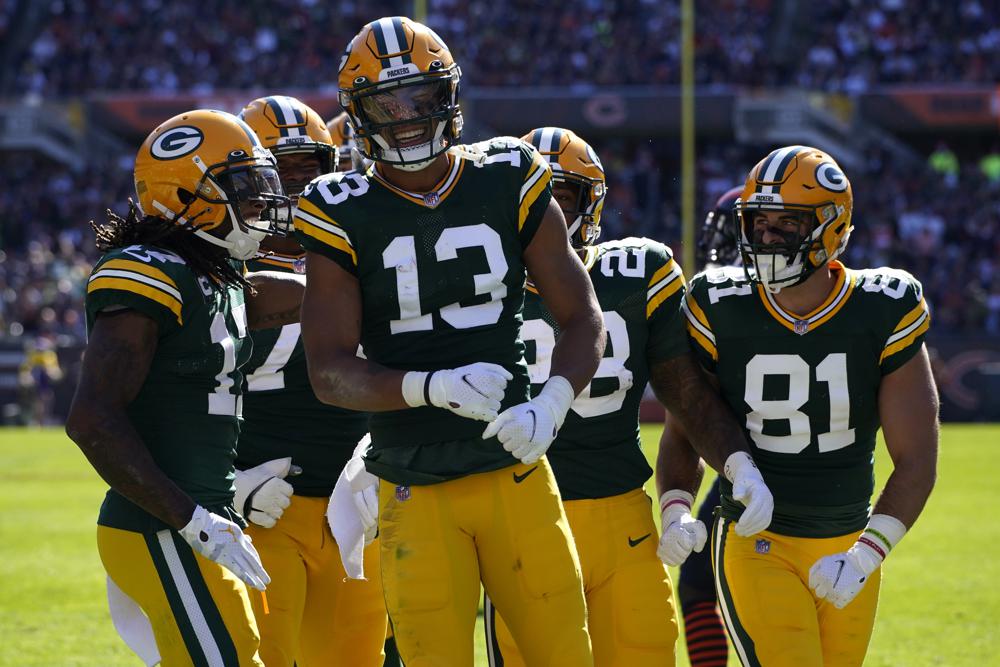 When he celebrated a touchdown run at Chicago on Sunday by shouting to the crowd, Green Bay Packers quarterback Aaron Rodgers may have been selling his team short.

Rodgers yelled, “I still own you!” to the Bears fans at Solder Field. In fact, Rodgers and the Packers have owned the entire NFC North ever since Matt LaFleur arrived as coach.

That doesn’t appear to be changing anytime soon.

Green Bay (5-1) has a two-game lead over the Bears and Minnesota Vikings in the division standings after winning 24-14 at Chicago. The Packers are seeking their third straight division title and own a 13-1 record against NFC North opponents in LaFleur’s three-year tenure.

“I’m just really proud of the guys,” Rodgers said after the game. “These are character wins. These are wins that are really, really important. We’ve got to get healthy. We’ve got a lot of guys banged up, a lot of guys we could use moving forward. But I really like where we’re at, two up in the division after six and playing winning football.”

Since the 1970 AFL-NFL merger, LaFleur is the only coach to win his first seven divisional road games. Green Bay’s only loss to an NFC North opponent under LaFleur came last year when Dalvin Cook scored four touchdowns to lead the Vikings to a 28-22 victory at Lambeau Field.

“These games are so meaningful because if you can come out with a win, you’re obviously adding a loss to a divisional opponent and that’s a full game,” LaFleur said. “So every divisional game is so important.”

The Packers have built this division lead while dealing multiple injuries.

Bakhtiari tore his left anterior cruciate ligament on Dec. 31 and opened the season on the physically unable to perform list, meaning he had to miss the Packers’ first six games. Now that the Packers have played six games, Bakhtiari can start practicing again to prepare for his eventual return.

“We want to make sure that, No. 1, physically his knee is in great shape and he’s not at further risk of doing more damage to it,” LaFleur said Monday. “And also I think there’s a confidence factor that you develop by playing football, whether that’s in practice, so there is a ramp-up period.”

LaFleur said he couldn’t completely rule out the possibility of surgery for Alexander but added that team officials feel he’s “progressing nicely” in his recovery from a shoulder injury.

Green Bay’s rushing totals have improved every game this season. The Packers ran for a season-high 154 yards Sunday and have gained over 130 yards rushing in each of their last three games. … Green Bay’s defense recorded a season-high four sacks. … The Packers didn’t commit a single turnover.

Rodgers was sacked three times, matching a season high. … The Packers gave up 140 yards rushing even though the Bears were missing David Montgomery and Damien Williams. They allowed Khalil Herbert to rush for 97 yards in his first career start.

CB Isaac Yiadom started Sunday’s game with Alexander and King both hurt, but he committed a pass interference penalty on the Bears’ first touchdown drive and eventually lost playing time to Rasul Douglas.

Myers injured his knee on the Packers’ opening series. LaFleur said Monday there’s a good chance Myers will have to miss multiple games. … Savage left with a concussion. … Preston Smith departed with an oblique injury.

22-5 — The Packers’ record against the Bears in games that Rodgers has started, including postseason contests. In one of those losses, Rodgers left with an injury after the first series.

The Packers return home to face the Washington Football Team on Sunday before going back on the road for a demanding two-game stretch at Arizona and Kansas City.