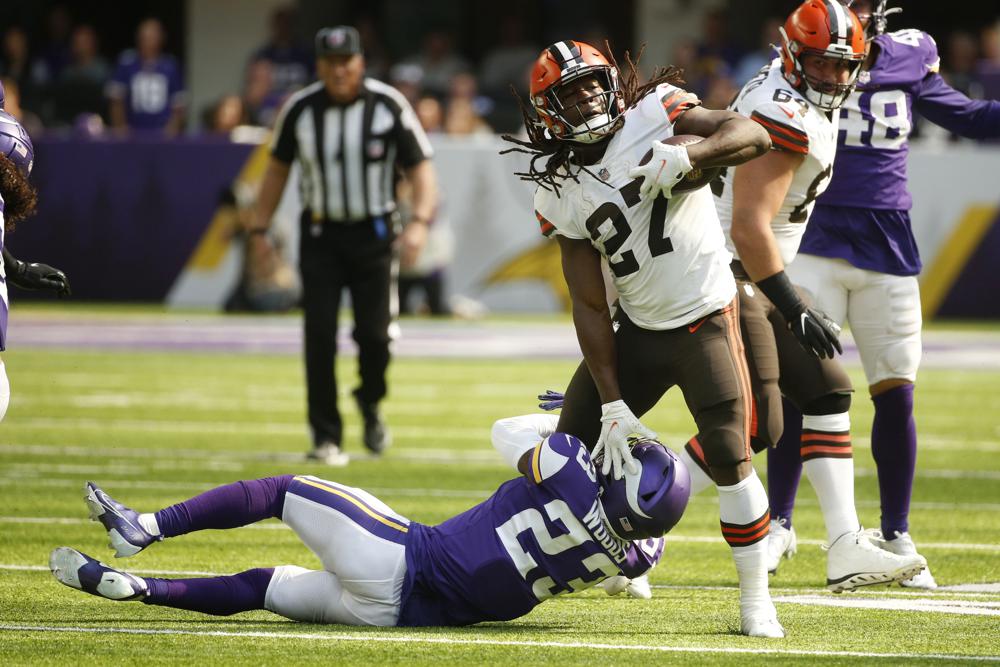 Pregame with Paul Allen for Vikings-Panthers begins at 11 a.m. Sunday on KQ98. Kickoff at noon. Tune in on 98.3 FM

McCaffrey has missed Carolina’s last two games with a hamstring injury. The Panthers (3-2) have lost both games without their 2019 All-Pro running back in the lineup.

“I think it will probably come right up until Sunday,” Rhule said of McCaffrey’s status this week. “It will be like a game-time decision. It could go one way or the other right now.”

McCaffrey was officially listed as limited in practice Wednesday. He also practiced last week on a limited basis, but was designated on Friday as doubtful for the game.

“I think it will come down to how he feels, and we have to wait and see how he responds to today,” Rhule said. “But I couldn’t say either way right now.”

Quarterback Sam Darnold said he misses having McCaffrey in the backfield with him, even though rookie Chuba Hubbard ran for 101 yards on 24 carries last week against the Eagles.

“There is just something about him,” Darnold said. “When he has the ball in his hands, he’s able to do things a lot of people aren’t able to do.”

The Panthers did get starting left tackle Cam Erving back to practice after he missed Carolina’s 21-18 loss to the Philadelphia Eagles on Sunday. If Erving returns this week, Taylor Moton will slide back over to the right tackle spot, Rhule said.

Carolina also designated guard Pat Elflein for return from injured reserve after being out with a hamstring injury.