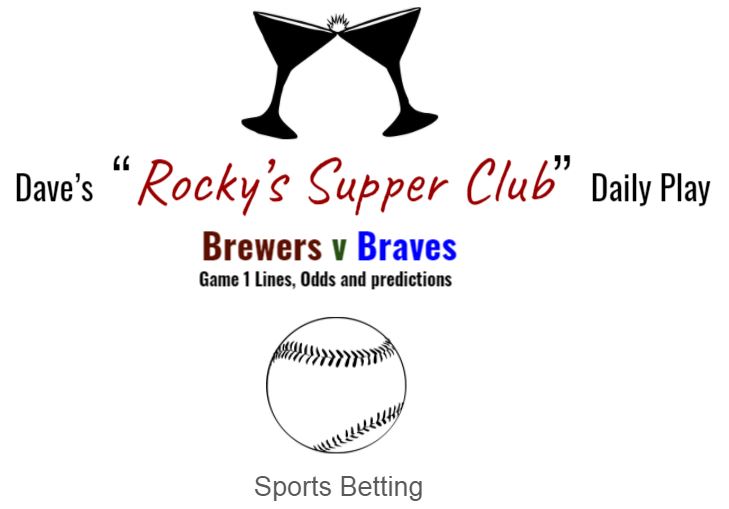 The long wait is over…the Brewers are finally back on the field to open up their NLDS versus the Braves.

Old baseball fans will happily point out that the Atlanta Braves are returning home for the first two games of their National League Divisional Series against the Milwaukee Brewers. The Braves played in Milwaukee from 1953 to 1965, winning the 1957 World Series. That’s something the Brewers have yet to accomplish since they came to Milwaukee in 1970.

Corbin Burnes, who very well may win the NL Cy Young award, and who became the first Brewer pitcher to be the top ERA man in the league will get the start against the Braves’ Charlie Morton.

Neither team is likely to have more than a handful of runners cross the plate. Milwaukee has the worst offense of any team that made the postseason, while Atlanta has not been the same without Ronald Acuna, Jr. Acuna had a .990 OPS before his season was ended early with an injury.

LEADING OFF: Braves make their pitch to close out Brewers