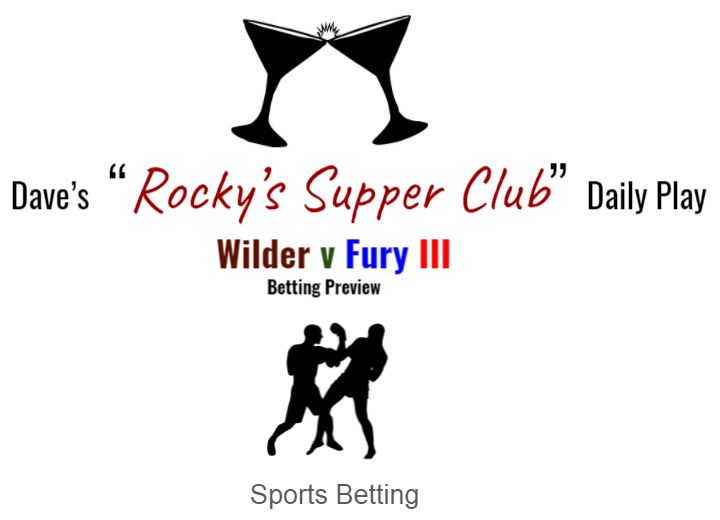 This is a fight I’ve been waiting for since 2020, and now it’s finally here….Tyson Fury and Deontay Wilder will complete their trilogy this Saturday, October 9 with Fury defending his WBC heavyweight title and Wilder looking to avenge his loss to Fury.

After a split draw in December 2018, the two met again in February 2020, with Fury dominating Wilder and stopping him in the seventh round and sending fight fans into a frenzy to see a third, and most likely final fight between these two generational stars of the sport.

The original plans for a third fight to take place in the Summer of 2020 but the COVID-19 pandemic put it on hold and it appeared that the fight would never materialize as Fury agreed to a deal to face Anthony Joshua to determine the first undisputed heavyweight champion in the four-belt era. However, an arbitrator ruled in favor of Wilder and now he’ll get a chance to redeem himself after being embarrassed by Fury last year.

Sporting News provides the current odds and offers some insight on how to bet on Fury-Wilder III.

After watching both of these fights with great aplomb, I am more than comfortable saying that not only do I think Tyson Fury wins, but I think Tyson Fury dominates Wilder once again. In the second fight, Wilder barely resembled the fighter that managed to split-draw with Fury in 2018.

The way that Tyson worked the ring in fight two, the way he out-punched and out-boxed Wilder left me wondering if the Wilder hype was really just that while Fury looked like one of the all-time greats in the sport, even after having such a halted and stunted mid-career turn.