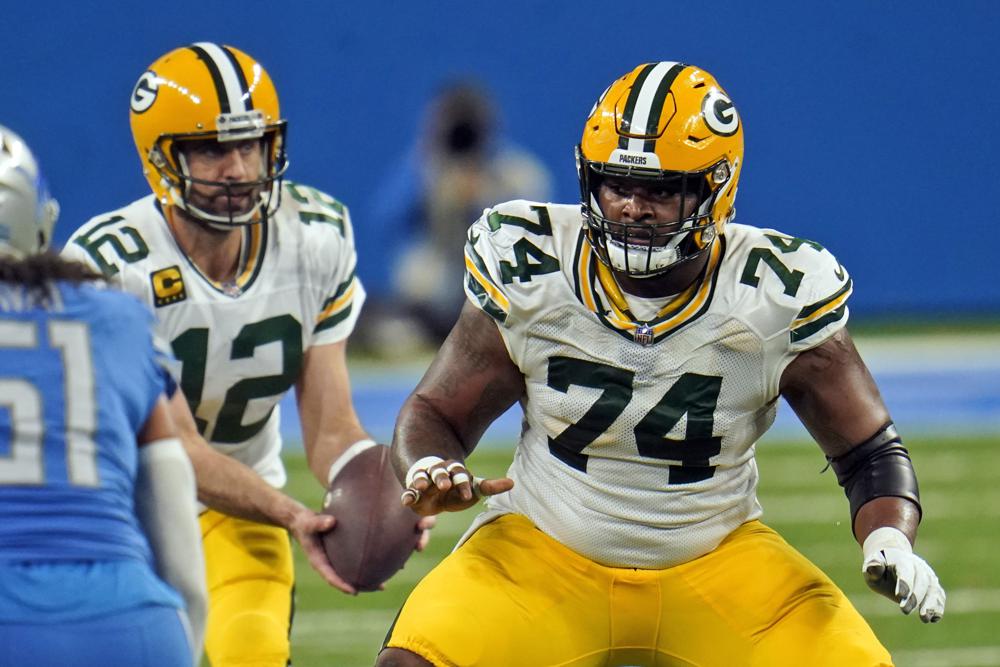 GREEN BAY, Wis. (AP) — Green Bay Packers offensive lineman Elgton Jenkins has been ruled out for Sunday’s game against the San Francisco 49ers due to an ankle injury.

Jenkins got hurt during Monday night’s 35-17 victory over the Detroit Lions, though he remained in the game. After listing him as doubtful on Friday’s injury report, the Packers (1-1) announced Saturday that Jenkins wasn’t making the trip to San Francisco.

The Packers also announced that tight end Dominique Dafney won’t play against the 49ers (2-0) due to a hip injury. The Packers placed Dafney on injured reserve, meaning he must miss at least the next three games.

Jenkins was a Pro Bowl left guard last season, but he has been filling in at left tackle for injured All-Pro David Bakhtiari, who hasn’t played since tearing his left anterior cruciate ligament on Dec. 31. Bakhtiari is on the physically unable to perform list and will miss at least the first six games of the season.

The Packers haven’t indicated how they might shuffle their line without Jenkins. Options include putting Dennis Kelly or Yosh Nijman at left tackle, or perhaps shifting right tackle Billy Turner to the left side and putting Kelly in Turner’s usual spot.

TOP PHOTO: FILE – In this Dec. 13, 2020, file photo, Green Bay Packers offensive guard Elgton Jenkins looks to block during the second half of an NFL football game against the Detroit Lions in Detroit.(AP Photo/Paul Sancya, File)