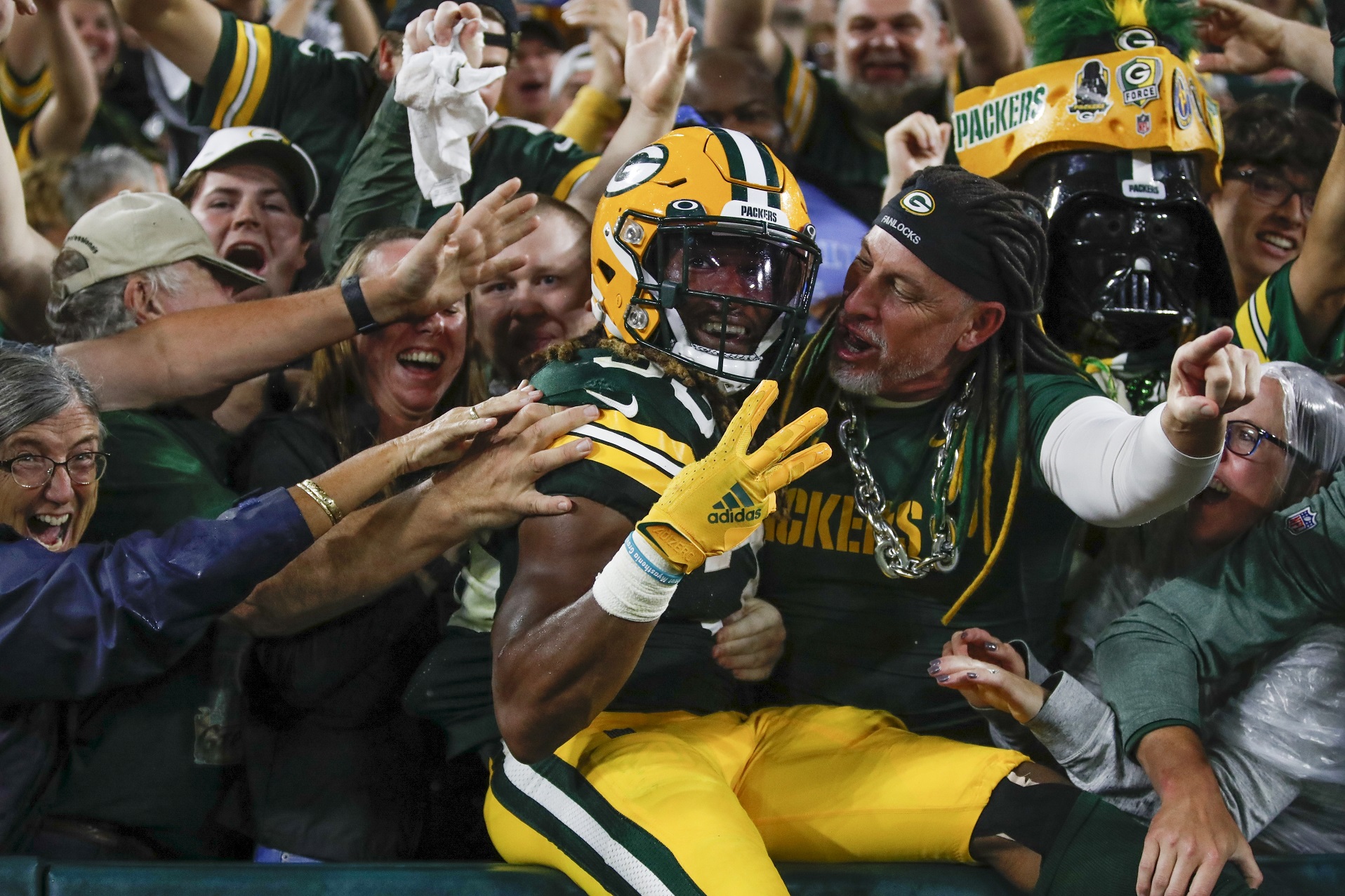 A four touchdown game was about as great a tribute Aaron Jones could give to his late father.

But during that performance on Monday Night Football — the first time his father wasn’t in the stands at Lambeau Field, after passing away in April due to COVID-19 complications at the age of 56 — Aaron Jones lost his necklace that contained some of his dad’s ashes.

All of Green Bay would have stayed at Lambeau to look for the necklace, no doubt, and it was finally found at 1:45 a.m. by a Packers trainer.

“Actually our trainer, Bryan Engle — ‘Flea’ — he went out there and he found it,” Jones told “The Steve Czaban Show” on Tuesday. He added, “[He] found it, so we’re perfect. Thank you to him. He was out there until 1:45. It shows how much they care about us.”

After the 37-17 win over the Detroit Lions, Jones said he thought he lost the necklace during one of those touchdown celebrations.

“If there was any place to lose it, that’s where my dad would’ve wanted me to lose it,” Jones said, after the game. “So I know he’s smiling.

“I’m used to turning around and seeing my dad in the stands and just smiling to know everything is OK. So when I was seeing them, I was good.”

While Alvin Sr., wasn’t in his usual spot in the end zone Monday night, there were 15 of his son’s closest family and friends in attendance, including Aaron Jones’ mother, Vurgess, brother, Alvin Jr., and son, Aaron Jr.