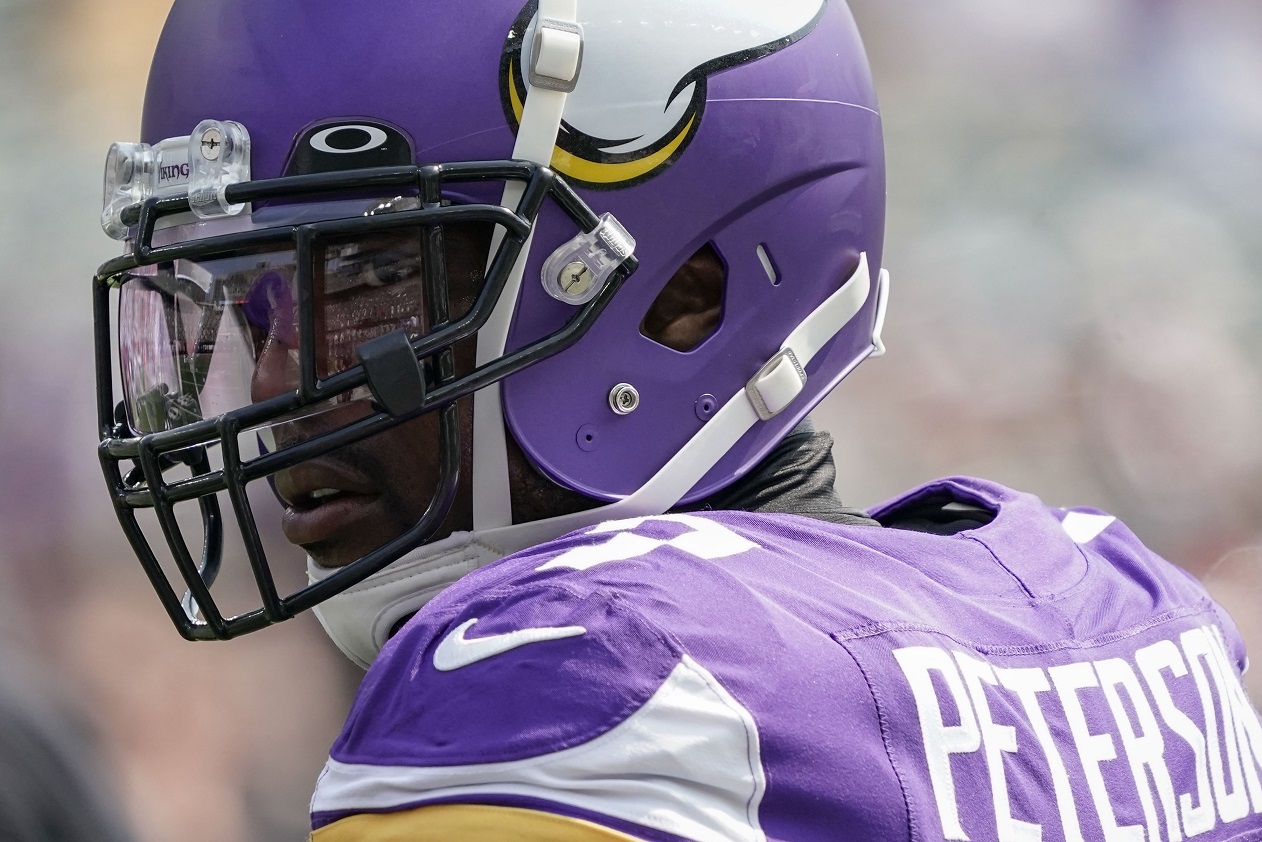 EAGAN, Minn. (AP) — As a free agent for the first time in his career this offseason, Patrick Peterson put the Minnesota Vikings high on his wish list with an eagerness to play for head coach Mike Zimmer’s defense.

For the Vikings, Peterson was more of a need than a want.

They sought not only to upgrade their starting cornerbacks but to bring in some experience that was badly missing last year.

Even if Peterson doesn’t cover receivers like he once did as an eight-time Pro Bowler, the Vikings have already benefited from his wisdom and presence within their group.

“I’m a born leader. Just that simple,” Peterson said during an interview session last week, pausing for effect. “Guys see how I operate. Guys see how I come to work every day. Guys see how I take care of my body, my preparation. That all comes with being a pro. Once guys see that, you’re considered a leader, so I didn’t do anything out of the ordinary. I was just being me. Like my wife, my mom, my dad, they all tell me, I’m just a born leader, even if I’m not even trying.”

The Arizona Cardinals, who acquired Peterson with the fifth overall pick in the 2011 draft, have long told him that, too. They’ll have an opportunity to welcome him back to State Farm Stadium when the Vikings visit on Sunday.

“My first two years with him, he was like a big brother. He was one of the guys I was around his hip, asking him questions, seeing how he did things, because he’s been great pretty much his whole career,” Cardinals quarterback Kyler Murray said.

The former LSU standout was the oldest of five children growing up in South Florida, and that’s precisely when those leadership qualities were spawned.

“Our parents had us at a very young age, so I kind of had to step into that role early, and I embraced it,” Peterson said. “I believe that’s why it’s so easy for me to not only come in here and fit in but also lead by example each and every day.”

Mike Hughes and Holton Hill started 2020 as the primary cornerbacks for the Vikings, both of them 23 years old at the time with fewer than 25 games of professional experience entering 2020.

Backup Kris Boyd was in his second season. Jeff Gladney and Cameron Dantzler were rookies and ended up as the most frequent starting tandem, with a host of other youngsters rotating through to help fill holes created by injuries and incapability.

Now, only Boyd and Dantzler remain on the roster, and Dantzler was a healthy scratch in the opener at Cincinnati last week. Peterson was joined by Bashaud Breeland and Mackensie Alexander for the majority of the snaps.

“I love to try to give any piece of advice I can to help make my teammates a better player, not only a better player but a better person as well. Just something that’s in me,” said Peterson, who signed a one-year contract with Minnesota worth $8 million.

Peterson, who has never missed a game to injury, was suspended for six games in 2019 for violating the NFL’s performance-enhancing drug policy. That’s one reason why his last few seasons with the Cardinals weren’t the smoothest. Changes in coaching staffs in both 2018 and 2019 also brought a change in strategy — and less of the tight man-to-man coverage Peterson preferred.

The Vikings are willing to let him do more of that, fitting with Zimmer’s philosophy. Peterson didn’t have much action against the Bengals, while most of the throws went toward Breeland and others. His time to be tested in press coverage will surely come, perhaps by Murray this week.

Zimmer said he hasn’t seen any slip in Peterson’s athleticism over the course of his first few months with the team. He’s no longer in his prime, of course, but the Vikings didn’t sign him for that.

“You might look at him as a guy that you can’t coach: ‘He’s good enough. He knows what to do. Just put him out there,’” defensive backs coach Karl Scott said. “But it’s totally the opposite of that. Pat wants to know. He wants to be critiqued. He wants to know what he’s doing wrong or what he can improve on, and not only that, but when you give it to him, he’s willing to apply it on the field.”