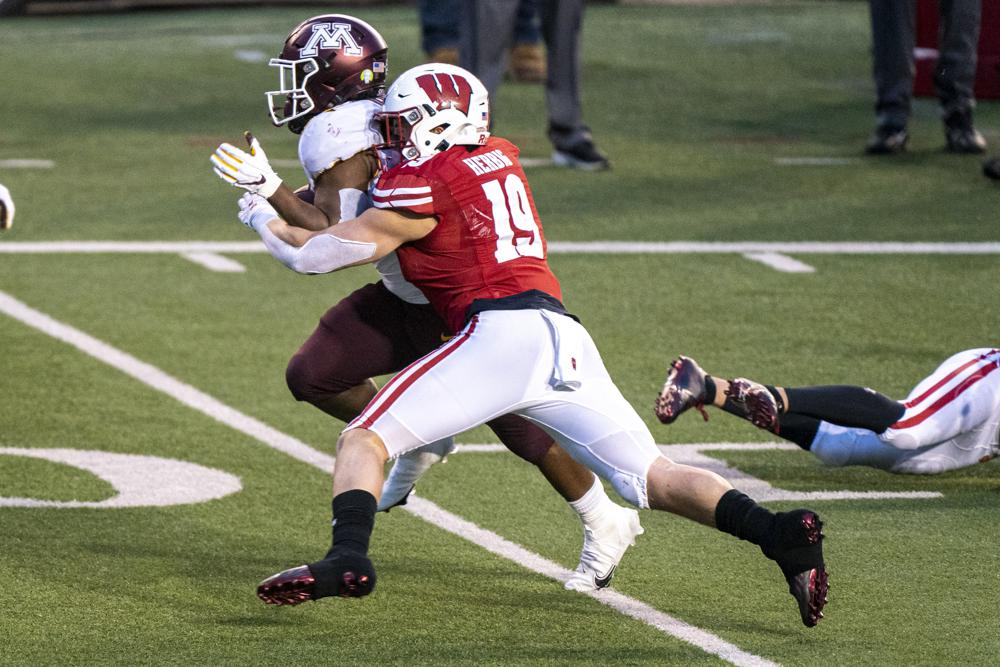 No. 12 Wisconsin, No. 19 Penn State eager for fresh starts

No. 12 Wisconsin, No. 19 Penn State eager for fresh starts

Both should have plenty of motivation heading into Saturday’s season-opening Big Ten matchup between the 12th-ranked Badgers and 19th-ranked Nittany Lions.

“We had a below-average year last year, and a lot of guys aren’t happy with that,” Wisconsin outside linebacker Nick Herbig said. “We have a lot to prove.”

Herbig understands the Badgers aren’t the only ones who feel that way.

“Penn State, they have something to prove, too,” Herbig added. “They’re (ticked) off, too.”

That should create quite the atmosphere as fans return to Camp Randall Stadium for the first time since 2019.

Wisconsin was ranked in the top 10 early in the pandemic-delayed 2020 season but finished 4-3 as its offense vanished during a three-game skid. Penn State struggled even more. With many key players opting out or getting injured, the Nittany Lions dropped their first five games before winning their last four.

The Nittany Lions want to avoid another slow start. Since early last winter, Penn State has kept a timer in the football building that has counted down the days until this game.

It’s not unusual for college programs to post these types of countdowns during the offseason, but this was new for Penn State. The magnitude of this matchup caused Penn State coach James Franklin to try something different.

“I think that was a big motivator and driver for us all offseason,” Franklin said.

Both teams have good reason to believe they’ll bounce back.

Wisconsin returns eight starters on each side of the ball after ranking fifth nationally in total defense and tying for ninth in scoring defense last year.

Penn State running back Noah Cain rushed for over 100 yards in consecutive games against Purdue and Iowa two years ago before capping that season with a two-touchdown performance in a Cotton Bowl victory over Memphis.

But he injured his leg on the opening drive of the 2020 season and didn’t play the rest of the year. He’s back now and leads a Penn State rushing attack that will face a big challenge against Wisconsin’s defense.

Wisconsin quarterback Graham Mertz went 20 of 21 and threw five touchdown passes in a season-opening blowout of Illinois last year but had a total of five interceptions and four touchdown passes the rest of the year.

Mertz believes he’s a better quarterback this year. He will have more targets after injuries limited Kendric Pryor to three games and Danny Davis to two games last season.

Penn State is a 5 ½-point underdog according to FanDuel Sportsbook but has won its last four meetings with Wisconsin. The Badgers’ last victory over Penn State was a 45-7 rout in 2011.

Wisconsin is seeking to win a home opener for the 26th straight season. The only Bowl Subdivision program with a longer active winning streak in home openers is Florida with 31 straight. Oklahoma also has won 25 consecutive home openers.

Wisconsin coach Paul Chryst is calling plays again for the Badgers after ceding those responsibilities last year to Joe Rudolph, who has moved from offensive coordinator to offensive line coach.

Both teams could get big contributions from transfers.

Arnold Ebiketie could emerge as one of Penn State’s top pass rushers this season after collecting 8 ½ tackles for loss at Temple a year ago. Penn State’s John Lovett rushed for over 1,800 yards for Baylor over the last four seasons.

Wisconsin’s first-team running back is Chez Mellusi, who rushed for 427 yards and six touchdowns at Clemson over the last two years.