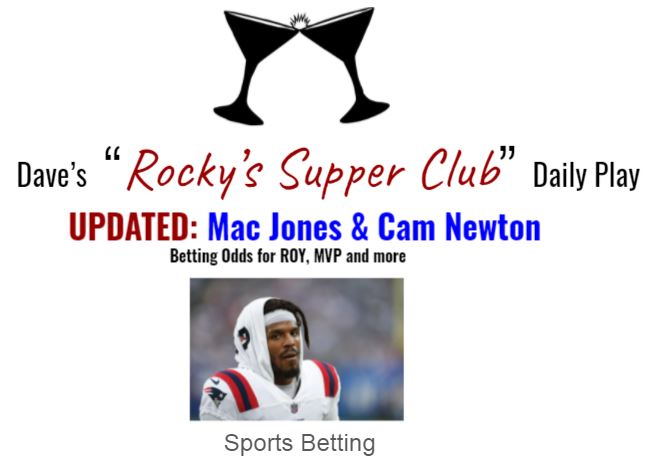 The surprising move by the Patriots on Tuesday releasing Cam Newton has completely upended the betting odds for this years’ NFL MVP, Rookie of the Year, and other player props in what was considered a SHOCK by many NFL analysts and odds makers.

Trevor Lawrence and Trey Lance were the top two players by odds to win the Offensive ROY, until yesterday when all of that changed. Mac Jones was never seriously considered to be in the running to start the season for the Pats, but now that he’s been named “the guy” he’s also seeing his MVP odds ratchet up too.

Cam Newton, while never seriously considered an MVP candidate did still have what some would think as an “outside” chance to do, but that of course is all over now as well.

Below, thanks to Yahoo Sports and Sportsline you’ll find the NEWEST updated odds for both Cam and Mac as the season begins in the NFL next Thursday when the Bucs host the Cowboys: