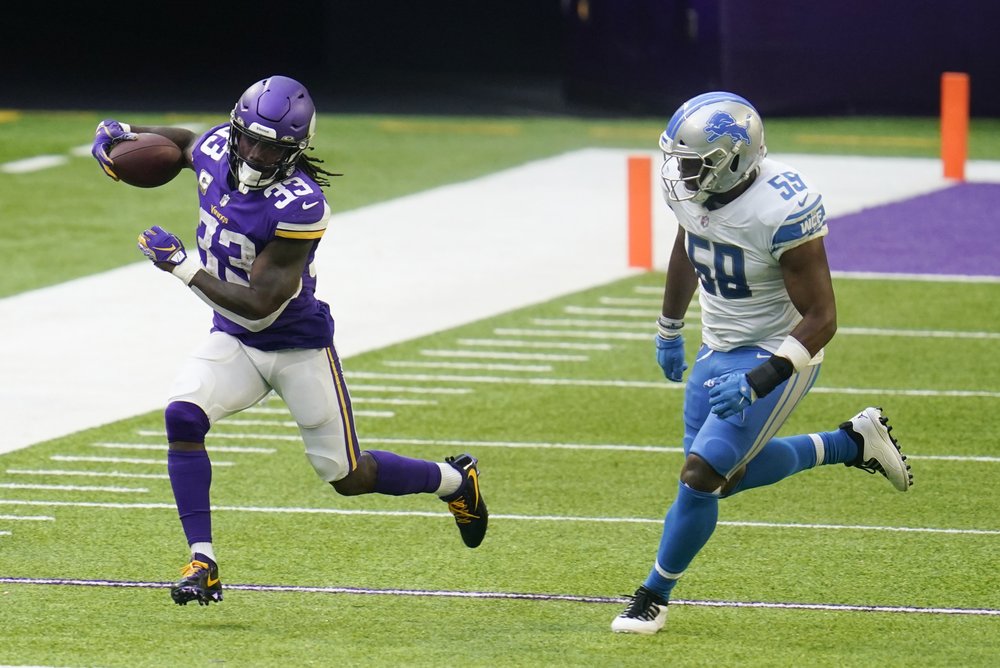 EAGAN, Minn. (AP) — For all his decades in football as a decidedly no-nonsense coach, Mike Zimmer has long defended his ability and willingness to adapt strategies to match shifts in styles and trends around the NFL.

The 65-year-old Zimmer has made it look at the start of training camp as if he’s evolving into an optimist, too. His description of the first full-team practice for the Minnesota Vikings was so positive his own daughter sounded skeptical, when the head coach was asked for a review.

“I said, ‘Really, really good. I’m excited,’ and she said, ‘Man, that doesn’t sound like you,’” Zimmer said with a smile Thursday, his eighth season in purple now in full swing.

One glance at the field where the players are taking their places on defense explains a lot.

“I think these guys upstairs have done a great job, honestly, filling a lot of the holes that we have,” Zimmer said, reciting the long list of veterans added to the lineup since his lament late last year that the depleted 2020 group was “the worst he’s ever had.”

Experience, even if gained elsewhere in the league, goes a long way. The presence of defensive tackles Dalvin Tomlinson, Michael Pierce and Sheldon Richardson, cornerbacks Patrick Peterson, Bashaud Breeland and Mackensie Alexander and safety Xavier Woods ought to go a long way toward minimizing the mistakes of last season that were attributable to youth.

The Vikings didn’t just sign them for wisdom, though. They’re banking on them still being productive players, too, even if some are past their prime years.

“It’s just a different vibe,” said Zimmer, who acknowledged early last season that the Vikings misjudged the ability of some of the young replacements — particularly at cornerback — to fill in for the veterans that departed after 2019.

Peterson’s presence as an eight-time Pro Bowl pick, however much he might have fallen off in recent years, has made the most difference.

“A lot of guys can get in the game and they can be a deer in the headlights, but if you understand what’s coming at you, the game will slow down for you,” Peterson said. “Just like today, I was talking to Kris Boyd, having him understand the different releases that receivers can give you and he was like, ‘Wow, I never looked at it that way.’ I feel that giving these guys those types of nuggets can definitely slow their game down a lot and help them improve.”

There can be no underestimating the impact of the healthy return of defensive end Danielle Hunter and linebacker Anthony Barr, whose 2020 seasons were ruined by injury. Even linebacker Eric Kendricks missed the last five games.

Now that Barr is back to serve as the quarterback of the defense, Kendricks can be freed from some of the extra responsibilities he took on last year. Then there’s Hunter, who didn’t play a snap last season due to a neck problem but has come back in peak pass-rushing condition. Everyone from Zimmer to right tackle Brian O’Neill took notice.

“I think it’s going to make everybody better,” O’Neill said. “If we get to see that level of competition every day, that can only put us in hard situations, and you want that. You want the game to be easier than practice, and he sure makes practice really hard.”