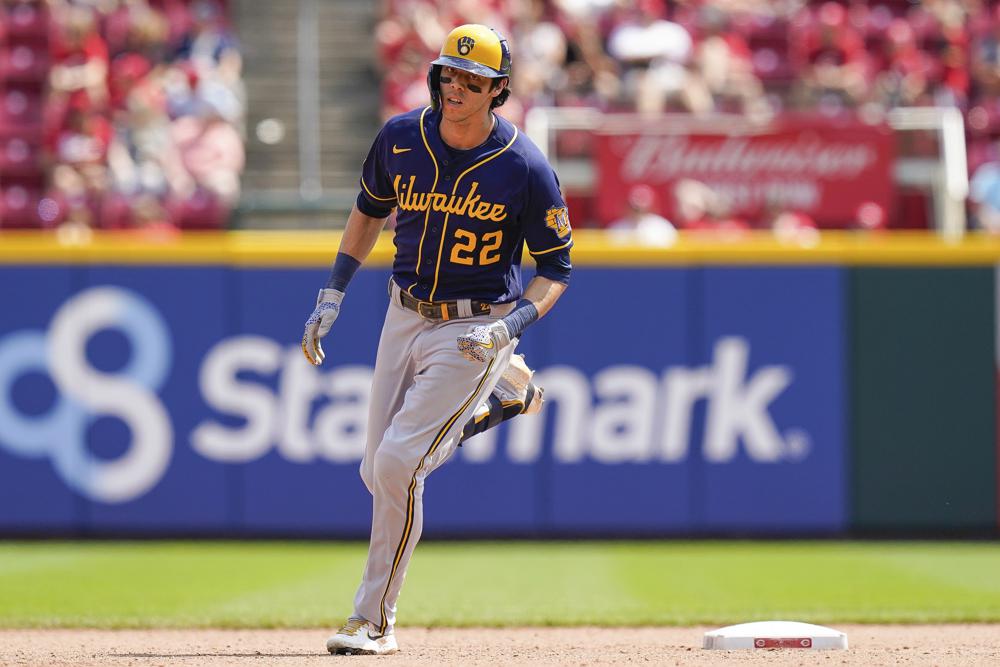 “Clearly disappointing news for Christian,” Stearns said. “The most important thing is for him to feel better. He has mild symptoms. I talked to him this morning. He’s in good spirits. He’s resting and it’s certainly our hope that he can knock this out quickly and feel better quickly.”

The Brewers activated outfielder Lorenzo Cain from the injured list and called up infielder Pablo Reyes from Triple-A Nashville to fill the open roster spots as they prepared to open a three-game series at Pittsburgh. Cain hasn’t played since May 31 because of a strained right hamstring.

The team delayed its scheduled Monday night flight to Pittsburgh and didn’t leave until Tuesday morning in order to go through contact tracing and await test results.

Stearns noted that Yelich had gotten vaccinated at the start of the season along with many of his teammates. The Brewers announced April 5 that much of the team had received the single-dose Johnson & Johnson vaccine together.

“He has taken precautions seriously and guidelines seriously throughout the season,” Stearns said. “And unfortunately yesterday he started developing some mild symptoms. He did the right thing and reported those mild symptoms. We got him a test yesterday afternoon. The test returned positive and we got a confirmation test which also came back positive.”

The setback continues a frustrating season for Yelich, the 2018 NL MVP.

Yelich played one game in a five-week stretch from mid-April to mid-May due to a lower back strain. He is batting .235 with six homers, 28 RBIs and a .367 slugging percentage in 67 games.

“I don’t think this has been his favorite year in totality,” Stearns said. “He has dealt with a lot. When I talked to him this morning, he wasn’t feeling great, but he was in good spirits. It’s just another challenge that he’s going to overcome. He’ll get through this. He’ll be back with the team. And we’re certainly going to look forward to getting him back.”

0
0   0
previous Biles — arguably greatest gymnast of all time — withdraws from gymnastics final to protect team, self
next Rodgers Arrives In Green Bay For Start Of Training Camp
Related Posts