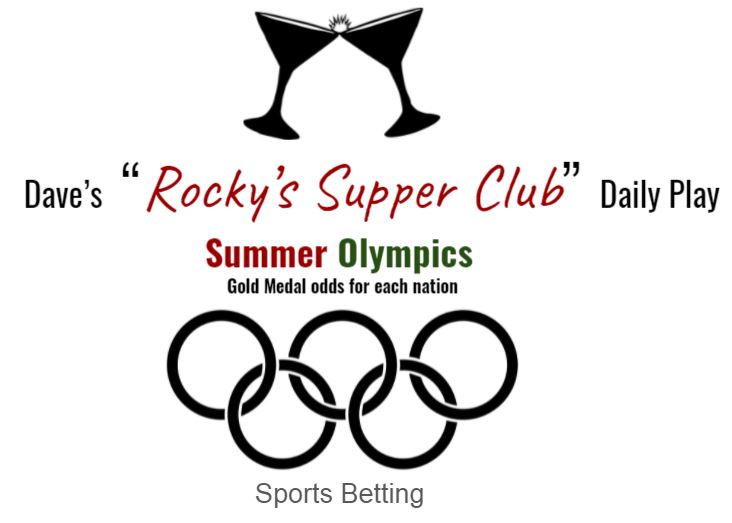 What’s on the table today?: Olympic Betting Odds: Which country will win the most GOLD?

The Summer Olympics, originally planned for last summer, are back on in Tokyo despite the surge of COVID-19 that caused the organizers to forbid fans to attend, which in and of itself is a really bad sign.

That these Summer Olympics will carry any of the cache, emotion, or thrill of previous games is a long stretch of the imagination, but as they say (mostly because of money in advertising) the show must go on.

Today, we’re taking a look at what the folks in Vegas (thanks to Vegasinsiders.com) have to say about each country’s odds to take home the most Gold Medals. Not surprising the USA leads the list.

Although wrestling was initially dropped from the 2020 games, it was added with the inclusion of seven other sports for this year’s events. Those sports include karate, roller sports, climbing, wushu and wakeboarding.

The opening ceremony is set for July 23, although softball and soccer matches have been played prior (July 21).

All Olympic events can be viewed on NBCOlympics.com or Peacock TV. NBC will air live events on cable channels throughout, which include NBC, NBCSports, CNBC, USA Network, GOLF Channel and the Olympic Channel. Events will also be streamed on the NBC Sports App and NBC’s Tokyo 2020 Olympic App for TV.