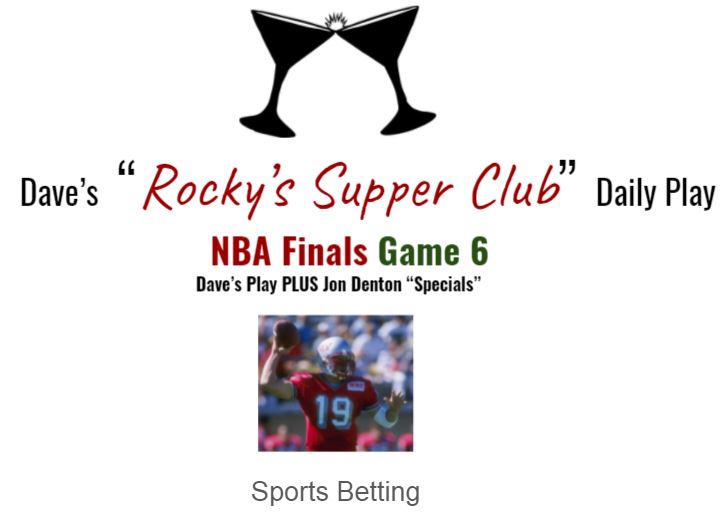 After a Game 5 win 123-119 on Saturday night in Phoenix, the Milwaukee Bucks are on the brink of their first NBA Championship in 50 years. The last Bucks team to win an NBA crown was led by Hall-of-Famers Kareem Abul Jabbar and Oscar Robertson. The Bucks made it back to the NBA Finals in 1974 but ultimately lost to the Boston Celtics in a brutal 7 game series.

Tonight at the Fiserv Forum in Downtown Milwaukee, the Bucks will welcome a capacity crowd inside, and welcome up to 65,000 fans outside at the “Deer District”. The “Deer District” is becoming nationally known as the “go-to” place for Bucks fans, and die hard Wisconsin sports fans in general. All that crowd love will surely help the Bucks….won’t it??

So far at home this postseason the Bucks have been virtually invincible losing only once, Game 1 to the Atlanta Hawks, and have enjoyed the benefit of a home-court advantage after not having one at all in last years’ Playoff Bubble. The crowd, and the city of Milwaukee’s energy to me, is paramount in tonight’s contest. I think it will play a BIG role as the Bucks look to clinch the ‘Chip in front of said home crowd.

This morning on the show, Jon Denton and I broke down the ways we are playing tonight’s game which see’s the Bucks as (-5) favorites, the Total sitting at 222 ½, Bucks on the Moneyline (-200) and Suns (+170). Player prop bets, which aren’t shown with the normal game sides were picked up once again from BetMGM.

First, I’ll start out with my play, then I’ll break down a “Jon Denton Special” that has our Sports Betting insider making THREE player prop bets.

Dave’s play: Bucks (-2 ½) in the FIRST HALF. If the Bucks are going to win tonight, it’s going to take a good start to the game shooting and playing D. If both of these things come to pass (which I think they will), taking the Bucks to cover a paltry (-2 ½) spread in the FIRST HALF seems like a no-brainer….which is why that is my play. BUCKS (-2 ½) FIRST HALF

Jon Denton Special: Jon already has tickets to cash on this series no matter how it turns out. Jon took the Suns (+350) and the Bucks (+700) each to win the NBA Finals weeks before the matchup was set. My man KNEW these two teams represented great future value and jumped all over them quite some time ago.

Tonight, Jon has the following PLAYER PROPS from BetMGM that he likes based on value, and potential to come in.

Devin Booker UNDER 30 ½ total points -110. Yes, Booker has gone OVER 40 points in each of his last two, but the last time JD took a flyer on Booker, he completely blew up JD’s card…so here goes again!

Jrue Holiday OVER 19 ½ total points -125. Jrue had, by far, his most effective and efficient game of the NBA Finals in Game 5 scoring 27 on 12-20 shooting and dishing out 13 assists. If the Bucks do want to close out tonight in Game 6, a big performance by Holiday will be counted on. If Game 5 was any indication, he’s up to the task and OVER 19 ½ points feels like a solid play.

Giannis UNDER 51.5 Total (Points, Rebounds, Assists) -120. This feels like a hit to me, considering Giannis in Game 5 tallied 32 points, 9 rebounds and 6 assists which are GREAT numbers, but only add up to a total of 47. Giannis will be, and needs to be BIG, but going over 51.5 total points, rebounds and assists may be a bit much to ask.