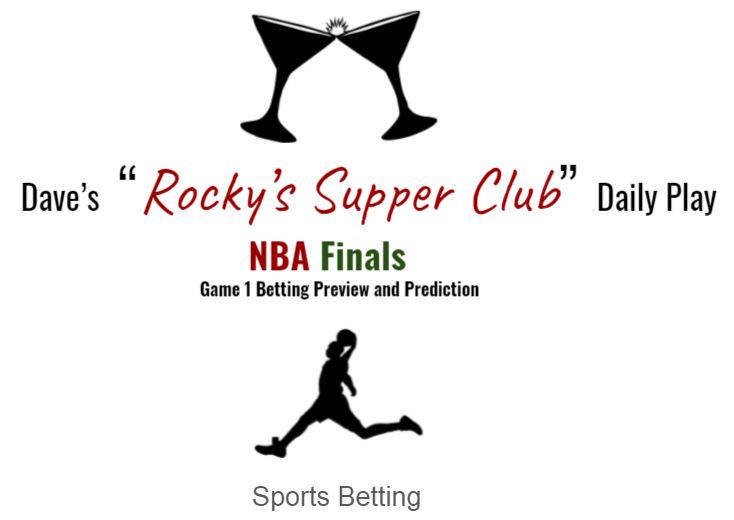 The LONG wait is over for Bucks fans….well maybe not the “actual” long wait to the franchises 2nd ever championship, but the long wait to GET to another championship round, which the Bucks haven’t been to since 1974 is over. Wheew!!!!

With Giannis out for at least Game 1, and most likely a couple beyond that, the Bucks are currently installed as (+6) point dogs with the total set at 218 ½. At BetMGM the Bucks are now (+190) on the series price, with the Suns a fairly heavy favorite at (-175/-180) at various books.

If the Bucks win and cover as road underdogs, they will need Khris Middleton and Jrue Holiday to continue playing at a high level whether Antetokounmpo plays or not.

After Antetkounnmpo went out for the last two games of the Eastern Conference Finals, Holiday turned his game up a notch as he was much more aggressive offensively as he averaged 26 points and 11 assists. Holiday used his wide frame to overpower smaller defenders and get to the basket while utilizing the space that Antetokounmpo would normally command. He needs to be aggressive and get a few threes to fall as he has shot just 29.9% on threes in the postseason.

Middleton will play the most important role for the Bucks if Antetokounmpo remains out as he is the only true three-level scorer on the team. He must score efficiently for the Bucks to win or cover, and if this is a close game down the stretch, he will act as their closer whether Antetokounmpo is healthy or not.

If the Suns win and cover as home favorites, they need Paul and Booker at their best.

Whether the Bucks choose to play a drop or switch more frequently as they did at the end of the Eastern Conference Finals, Paul should have opportunities to take advantage of this as he maneuvers into his patented mid-range jumpers (even if Holiday matches up against him defensively).

The Bucks must pick their poison between helping off of either Ayton at the rim or shooters on the wings to help on Paul and Booker in the midrange, and despite their midrange proficiency, the Bucks should pick this as their poison. Limiting the number of corner 3s for the Suns (who shot these at the third-highest frequency in the league this season, per Cleaning The Glass) should be a priority for the Bucks, and we already know that their drop defense with Brook Lopez is designed to limit shots in the paint.

The Suns and Bucks have met twice this season, with Phoenix winning by a point each time. The Suns earned a 125-124 victory on Feb. 10 as Antetokounmpo missed a 19-footer at the buzzer. The Suns won again 128-127 in double overtime at Milwaukee on April 19 as four Phoenix starters scored at least 20 points.

This makes it tough for me to play the Bucks (+6) or the total of 218 ½, because I simply don’t know how this Bucks team is going to look versus a Suns club that has been nearly flawless this postseason. With that said, I’m making a play on the FIRST QUARTER, taking the SUNS (-2).

I think the Bucks can make this a close game, but I see Milwaukee truly tightening down in the 2nd, 3rd and 4th quarters after watching Phoenix, full of all the crowd anticipation of an NBA Finals (their first since 1993) powering the Suns to a strong 1st quarter and winning the opening period by several more than 2 points. If the Bucks can come out of the gates and grab control of the first quarter, this team might just win straight up and steal home-court-advantage, but it will all start (obviously) in the first quarter.

As much as I love this Bucks team, I do see a solid opening quarter for the Suns and taking them (-2) feels like easy money.