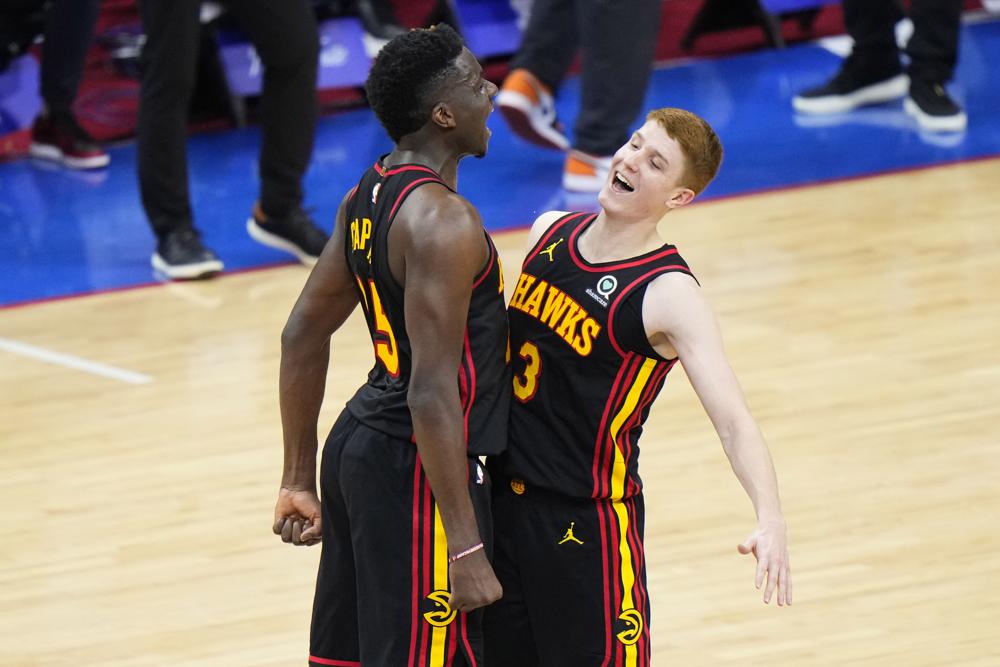 PHILADELPHIA (AP) — Trae Young and the Hawks are taking their stunning turnaround to the Eastern Conference finals.

Young made a late 3-pointer and scored 21 points to help Atlanta win for the third time in the series in Philadelphia, a 103-96 victory over the top-seeded 76ers on Sunday night in Game 7.

The Hawks will open their first East finals since 2015. They will play the Bucks beginning Wednesday night in Milwaukee. Pregame at 7 p.m. on WKTY 96.7 FM / 580 AM.

But the Hawks ignored their ignominious history and got one in Philly, where they already won in Game 1 and Game 5 and knocked out Joel Embiid, Ben Simmons and closed the book on the Process.

Kevin Huerter, who led the Hawks with 27 points, sealed the win with three free throws and the packed house of 18,624 fell as silent as it was when the season opened without any fans.

PHOENIX (AP) — Devin Booker had 40 points, 13 rebounds and 11 assists for his first career triple-double and the Phoenix Suns overcame Chris Paul’s absence to beat the Los Angeles Clippers 120-114 on Sunday in Game 1 of the Western Conference finals.

Paul sat out because of COVID-19 health and safety protocols. Clippers star Kawhi Leonard missed his third straight game because of a sprained right knee.

Game 2 is on Tuesday night in Phoenix.

Booker scored on a dunk on the next possession to seal Phoenix’s eighth straight victory, getting a free lane to the basket on the blown defensive coverage.