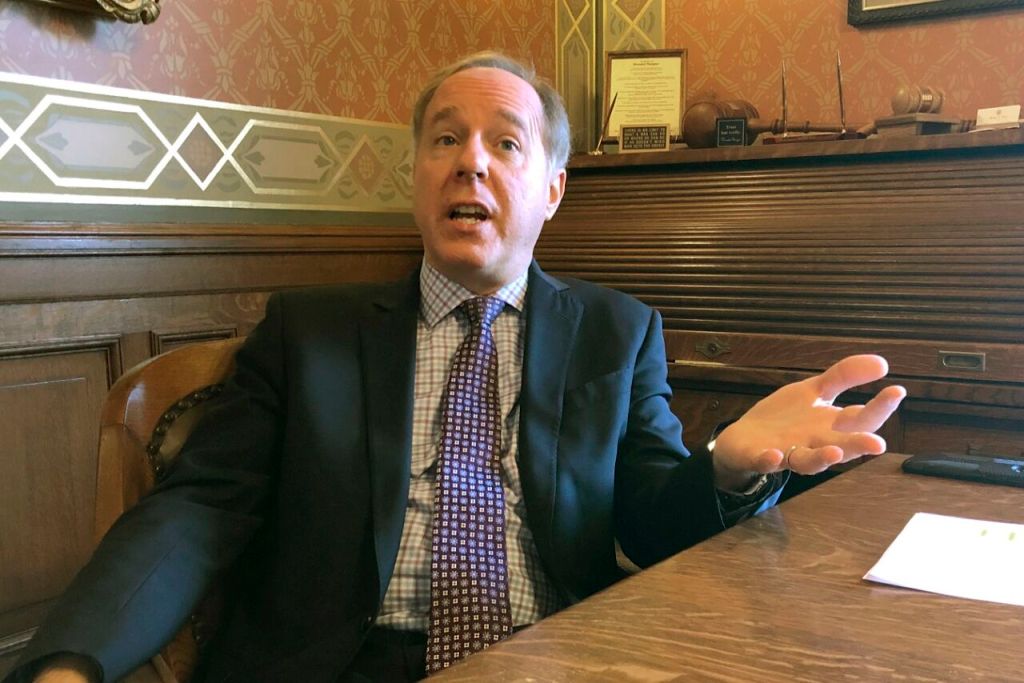 MADISON, Wis. (AP) — The Republican-controlled Wisconsin Assembly on Wednesday passed bills banning transgender athletes from participating in girls’ and women’s sports — measures taken up in the middle of Pride month and all but certain to be vetoed by Democratic Gov. Tony Evers.

The measures passed on party line votes, with all Republicans in support and Democrats against. They must also pass the GOP-controlled Senate before going to Evers, who has repeatedly said he stands with transgender students.

Democrats said the bills were unnecessary because they hurt the state’s reputation, are illegal, damage a vulnerable population, are in conflict with existing high school and NCAA transgender policies and put federal funding for higher education in jeopardy. They also said it was a waste of time debating them given that they’re headed for a veto.

“This is political theater which has turned into an exercise in cruelty and harm for young people and children in the state of Wisconsin,” Democratic Rep. Lee Snodgrass, a member of the LGBTQ Caucus, said in objection to the bill,

Opponents also say the bills are a solution in search of a problem that doesn’t exist.

Republican supporters argue that transgender girls have an unfair physical advantage, and that passing the bill would ensure that girls have a level playing field while preserving competitive achievements and scholarships.

“These bills are about fairness and inclusion and about making room in competitive sports for everyone,” said their sponsor, Republican Rep. Barb Dittrich.

Rep. Janel Brandtjen said the measures were needed to prevent transgender girls and women with a physical advantage from dominating in their sports.

“This isn’t bigotry, this is science,” she said. “This isn’t a hate bill, this is a science bill.”

Republican Assembly Speaker Robin Vos defended taking up the measures despite the likelihood of a veto, saying the GOP was responding to calls from constituents to take action.

“I hope there is the public outcry that we’ve been hearing,” Vos said, describing his hope that Evers would sign the measures.

More than 30 groups opposed the measures at public hearings last month. Supporters, including female athletes and representatives from national groups pushing similar laws in other states, argued that the sanctity of girls’ and women’s sports was at stake.

The proposals are part of a nationwide movement targeting transgender people, particularly athletes.

“I wish we were not having this debate today,” said Democratic Rep. Greta Neubauer, a member of the Legislature’s LGBTQ Caucus. “I wish Republicans would focus on the significant, pressing issues that are facing our state rather than attempt to distract Wisconsinites from their failure to govern by attacking vulnerable children.”

Lawmakers in more than 30 states, mostly Republican controlled, have considered sports participation bans, and they’ve become law in Alabama, Arkansas, Florida, Mississippi, Tennessee, Montana and West Virginia after Idaho enacted one last year. Other states, including Kansas and North Dakota, passed bans only to have them vetoed by the governor.

The Wisconsin bills would allow students to join teams only that correspond to their biological sex as assigned by a doctor at birth, unless the sport is classified as “coed.” It would apply to public and private schools, as well as the University of Wisconsin and technical colleges.

A federal court blocked enforcement of the law in Idaho. In Connecticut, several girls are challenging a state law that allows transgender athletes to participate in female sports.