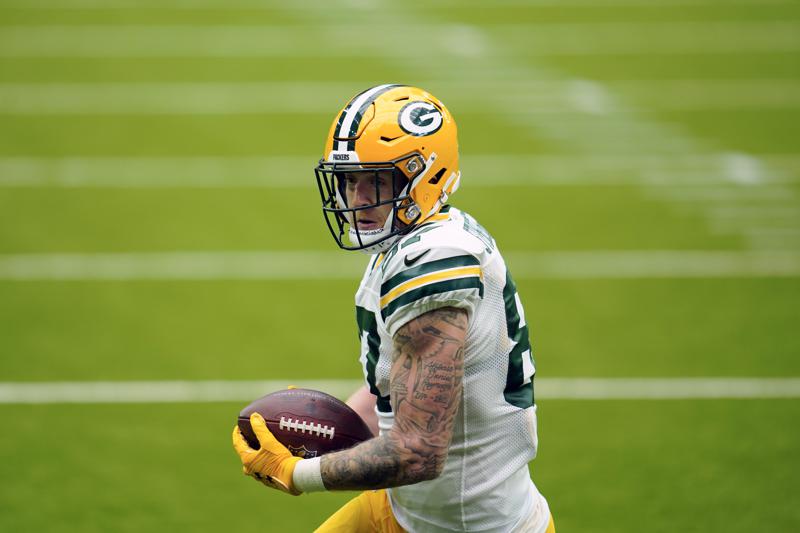 The decision announced by the league on Thursday means Sternberger will miss the Packers’ Sept. 12 opener at New Orleans and Sept. 20 home game against Detroit. He will be eligible to return to the active roster Sept. 21, and he could play as early as Sept. 26 at San Francisco.

Sternberger remains eligible to participate in preseason games, as well as all practices.

The Packers declined to comment because the process is confidential. Sternberger said in a statement posted on Twitter that he fell asleep behind the wheel in February 2020 after drinking while on antidepressants.

Sternberger called it a “horrible decision” and apologized to the Packers “and everyone else who has supported me along this journey.”

“Over the past 16 months, I’ve been going to therapy and continuously working to be a better person,” Sternberger said. “I will never ignore my mistakes. I have owned up to my poor decision and accept the consequences.”

Sternberger, a 2019 third-round pick from Texas A&M, dealt with injuries in each of his first two seasons. He spent the first half of his rookie year on injured reserve with an ankle injury and missed four games with a concussion last season.

Sternberger, who turns 25 on June 26, had 12 catches for 114 yards and a touchdown in 12 games last season. He was inactive for each of the Packers’ two playoff games

TOP PHOTO: FILE – In this Sunday, Oct. 11, 2020, file photo, Green Bay Packers tight end Jace Sternberger (87) carries the ball after a reception for a touchdown during an NFL football game against the Houston Texans, in Houston. Sternberger has been suspended without pay for the first two games of the 2021 season for violating the NFL’s substance abuse policy. (AP Photo/Matt Patterson, File).

0
0   0
previous Brown gifts Bucks win, an ugly one at that
next Brewers win 7-4 by capitalizing on Pirates’ control problems
Related Posts