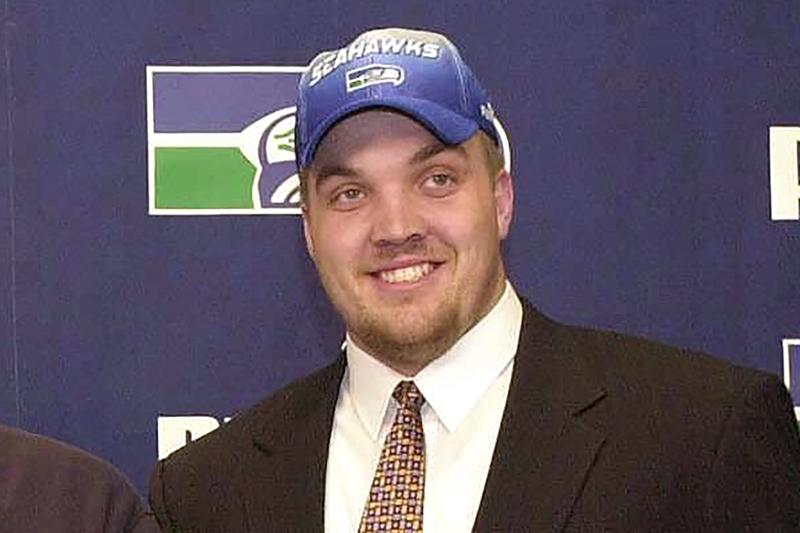 Now he is about to succeed his former coach and boss as the Badgers’ athletic director.

Chancellor Rebecca Blank announced Wednesday that McIntosh will take over when Alvarez finalizes his retirement. The 74-year-old Alvarez announced April 6 that he was stepping down, and his retirement is expected to take effect at the beginning of July.

“This opportunity for me feels much like the opportunity I was given when I was offered a scholarship here in 1994,” the former All-America offensive tackle said at his introductory news conference. “It was surreal. It’s significant. It’s going to come with an incredible amount of work. There will be challenging days ahead, but man, oh man, can it be rewarding and can it be impactful.”

McIntosh will make $940,000 annually, with $500,000 coming from university funds. The remaining portion will come from private gift funds designated for athletics.

“Mac has been an essential part of my staff for several years,” Alvarez said in a statement. “In particular, his leadership and intelligence were critical in helping our department navigate the various challenges of the past 15 months. Those same qualities will serve him well on into the future.”

McIntosh, 44, was a team captain when the Badgers won consecutive Rose Bowls in the 1998 and 1999 seasons. He was an Outland Trophy finalist in 1999 before the Seattle Seahawks selected him with the 22nd overall pick of the 2000 NFL draft.

A neck injury limited his NFL career to 24 games. He transitioned into the business world before returning to his alma mater as an administrator.

McIntosh said he learned plenty during his years working for Alvarez, most notably the importance of prioritizing the needs of student-athletes in all decisions. But he also pointed out differences in their approaches.

“Barry has his own unique style,” McIntosh said. “It’s been well documented. Swagger is a term that he has trademarked. I have my own style, and I am comfortable with who I am. Certainly it’s different from Barry’s.”

Blank said it was important to find someone ready to step right into this job, which made McIntosh’s experience at Wisconsin an asset. She noted how McIntosh helped Wisconsin deal with the COVID-19 crisis.

“Over the past year, he steered the program through the pandemic, minimizing the financial impact and making sure our student-athletes had access to the services they needed,” Blank said.

Wisconsin isn’t accustomed to having much turnover at this position.

The athletic director before Alvarez was Pat Richter, who had taken over the role in 1989.

“Barry and Pat caused our program to be risen out of the ashes,” McIntosh said. “The challenges are different today. The context is different today. It will require a different style of leadership, a different approach. I’m confident that the approach we take will position us well in the future.”

McIntosh thanked his former coach during his news conference and mentioned a time that Alvarez brought Lou Holtz in for a motivational speech. Holtz was head coach and Alvarez defensive coordinator of Notre Dame’s 1988 national championship team.

“I’ll never forget what Lou Holtz said – you are either growing or dying,” McIntosh said. “We will grow We will not be complacent. You will be proud of this program as we build into the future.”

FILE – Chris McIntosh smiles as the Seattle Seahawks first-round draft pick is shown during an introductory press conference in Kirkland, Washington, in this April 16, 2000, file photo. Chris McIntosh played for Barry Alvarez on two of Wisconsin’s Rose Bowl championship teams and spent the last few years working as his right-hand man. Now he is about to succeed his former coach and boss as the Badgers’ athletic director. Chancellor Rebecca Blank announced Wednesday, June 2, 2021, that McIntosh will take over when Alvarez finalizes his retirement. (AP Photo/Jay Drowns, File)