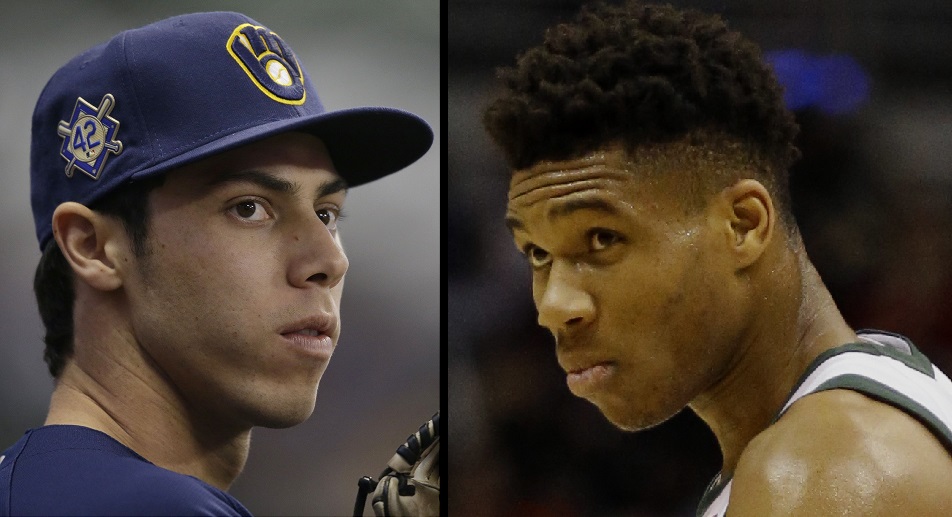 Christian Yelich still looking for his first home run of the season, and his first hit, since returning from a near two-week stint on the IL.

Yelich has played two games since coming off the IL, but is 0-for-6 with four strikeouts, three walks and a stolen base. The outfielder has appeared in just 12 of 43 games but is hitting .300 and has three stolen bases.

That’s because the Milwaukee Bucks open the NBA playoffs against the Miami Heat, beginning at 1 p.m. on WKTY.

The Bucks beat the Heat two of three times this season, but one of those times, Miami didn’t have Jimmy Butler.

It’s a somewhat nerve-wracking matchup for Bucks fans, since Milwaukee had the NBA’s best record last season, but lost to the underdog Heat in just five games.

That series, however, was in a bubble — so no home-court advantage for the Bucks last season. They also didn’t have Jrue Holiday, either. That acquisition could make all the difference in this playoff run considering what Eric Bledsoe and George Hill — partially who Milwaukee gave up to get Holiday — did this season, which was virtually nothing significant.

After being traded to New Orleans, Hill then bounced from Oklahoma City to Philadelphia and played just 30 games the entire season. With the 76ers, at 18.9 minutes a game, Hill averaged 6.0 points on 44.2% shooting.