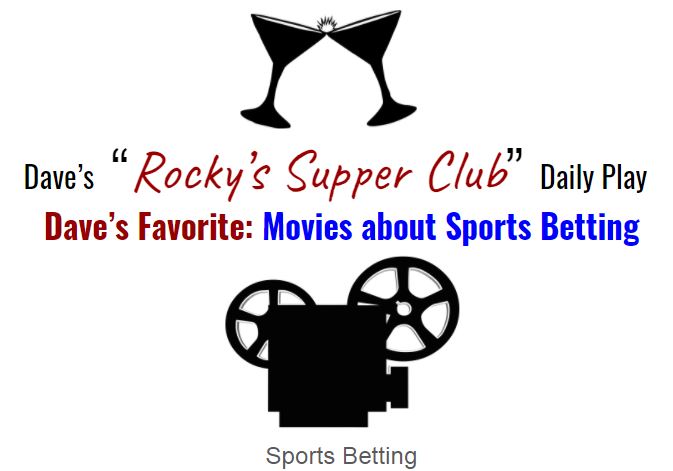 What’s on the table today?: My favorite Sports Betting movies of all-time

With a nice-looking weekend ahead and not much tickling my fancy on the sports-betting front, I thought it would be a good time to share with you my favorite sports betting movies of all-time, and one documentary series that is utterly fascinating.

These films are in order of my like/love for them, and with each I’ve included a trailer or teaser from YouTube that will get you all worked up to watch it. If you have already seen some (or all) of these, congratulations you have incredible taste in films, and hobbies!!! For those that haven’t, I hope this will give you just enough of a nudge to find them and decide for yourself where they rank in your movie pantheon.

“Ace” Rothstein (Robert De Niro), a bookmaking wizard; Nicky Santoro (Joe Pesci), a Mafia underboss and longtime best friend to Ace; and Ginger McKenna (Sharon Stone, in a role she was born to play), a leggy ex-prostitute with a fondness for jewelry and a penchant for playing the field. Ace plays by the rules (albeit Vegas rules, which, as he reminds the audience in voiceover, would make him a criminal in any other state), while Nicky and Ginger lie, cheat, and steal their respective ways to the top. The film’s first hour and a half details their rise to power, while the second half follows their downfall as the FBI, corrupt government officials, and angry mob bosses pick apart their Camelot piece by piece.

Twenty-five years after his role as a billiards star in the 1961 film The Hustler, The Color of Money stars Paul Newman (who won an Academy Award for his performance) and Tom Cruise as his protogé.

While The Hustler was a fairly straightforward cautionary tale, The Color of Money is much more ambiguous. The professional bettors in this film aren’t just betting for profit. Pride, identity, and morality are just as important as cash.

Writer/director John Sayles’ dramatization of the most infamous episode in professional sports — the fix of the 1919 World Series — is considered by many to be among his best films and arguably the best baseball movie ever made. This adaptation of Eliot Asinof’s definitive study of the scandal shows how athletes of another era were a different breed from the well-paid stars of later years. The Chicago White Sox owner, Charlie Comiskey (Clifton James), is portrayed as a skinflint with little inclination to reward his team for their spectacular season.

When a gambling syndicate led by Arnold Rothstein (Michael Lerner) gets wind of the players’ discontent, it offers a select group of stars — including pitcher Eddie Cicotte (Sayles regular David Strathairn), infielder Buck Weaver (John Cusack), and outfielder “Shoeless” Joe Jackson (D.B. Sweeney) — more money to play badly than they would have earned to try to win the Series against the Cincinnati Reds.

Directed by Luke Korem, ACTION explores the legalization of sports gambling and its evolving impact on the industry following the landmark 2018 Supreme Court decision to lift a ban on sports betting.

This films also features someone who we talk about from time to time on the WKTY Morning Show and who was a subject of our friend Rob Miech’s book (Sports Betting for Winners), Kelly “in Vegas”, who is one of the most powerful women in sports betting.

Starring the equally electric super actors Al Pacino and Matthew McConaughey, the film explores the emotions of professional sports bettors more than it examines the mechanics and operations of the business. Two for the Money is somewhat light-hearted and is a fun take on the ambitious (but bizarre) characters in the sports betting industry.

Just like everyone else, professional sports bettors go through highs and lows, see successes and failures, and struggle with relationships. Two for the Money makes the lives of “sharps” eminently understandable in a way that no other film has really achieved. As the old saying goes, they’re just like us.