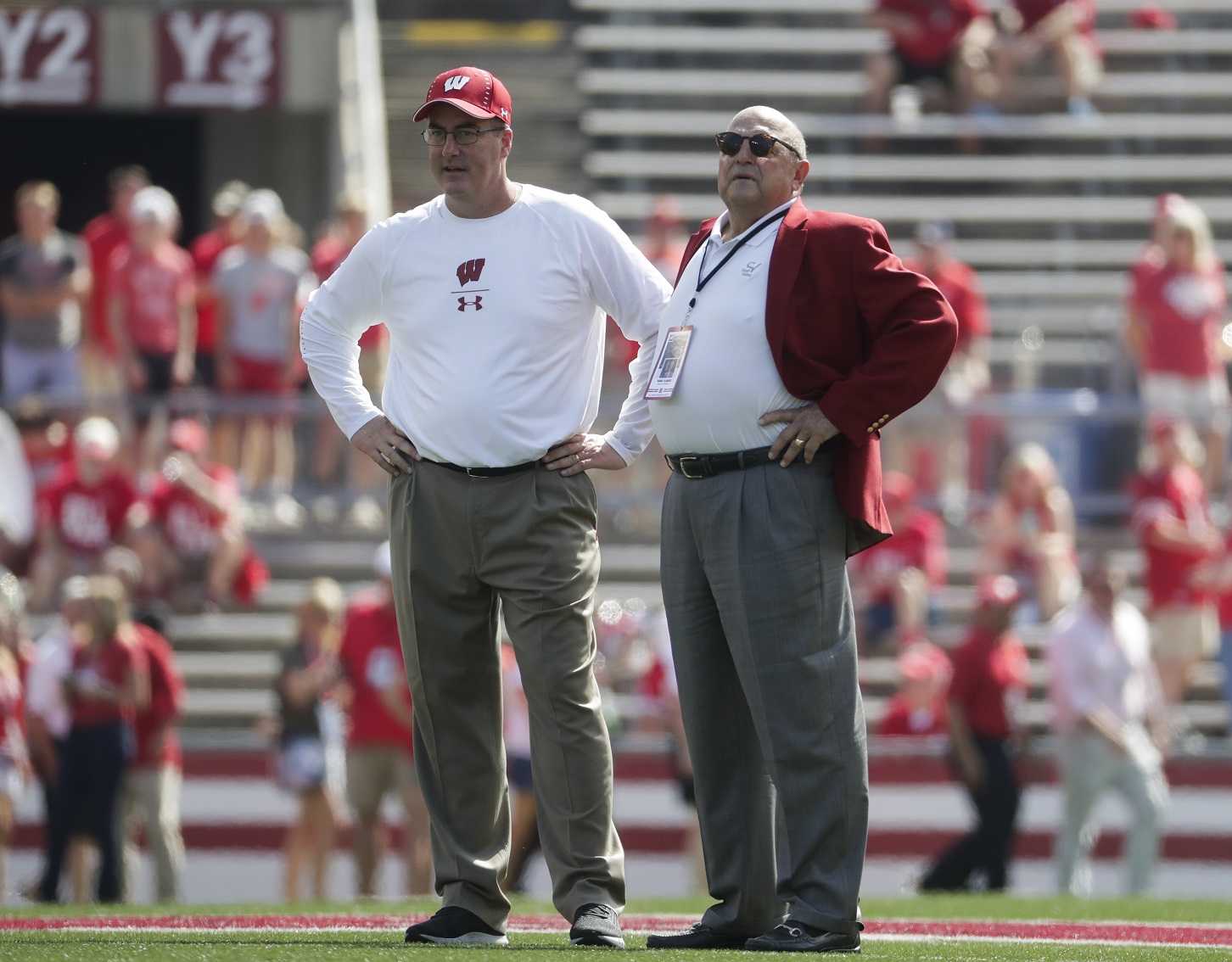 Wisconsin hopes to hire new AD ‘within a few months’

Wisconsin hopes to hire new AD ‘within a few months’

MADISON, Wis. (AP) — The head of the search committee to pick a successor to retiring Wisconsin athletic director Barry Alvarez said the school hopes to make a hire “within a few months.”

Peter Miller, the chair of Wisconsin’s athletic board, wouldn’t get more specific than that. Alvarez announced his retirement Tuesday and said it would take effect at the beginning of July.

“We don’t take the many successes we’ve had over the last several decades for granted,” Wisconsin chancellor Rebecca Blank said Wednesday. “That can be lost quite quickly with the wrong leader. This is a important hire for our university as well as for the state.”

Blank announced the members of a nine-person search committee Wednesday as the school began the process of finding a replacement for Alvarez, who has been Wisconsin’s athletic director since 2004. Alvarez also was Wisconsin’s football coach from 1990-2005.

Miller, the chair of the committee, already chairs Wisconsin’s athletic board and works as a professor of educational leadership and policy analysis.

“He has indicated his willingness to provide advice and commentary whenever we need it, but also has made it quite clear that he will provide that when we ask for it,” Blank said.

Blank said a Wisconsin background would be helpful but not essential for a candidate.

Wisconsin teams won 16 national titles while Alvarez was athletic director. Five of those came in women’s lightweight rowing, a sport whose championships aren’t sanctioned by the NCAA.

The Badgers also have won a total of 74 conference, regular-season or tournament championships with Alvarez as athletic director.

“It’s hard to imagine Badger sports without Barry Alvarez,” Blank said. “While we are launching a national search today, I think all of us are aware of the importance of this search to the Wisconsin athletics program. We really want to preserve and maintain what we have here.”