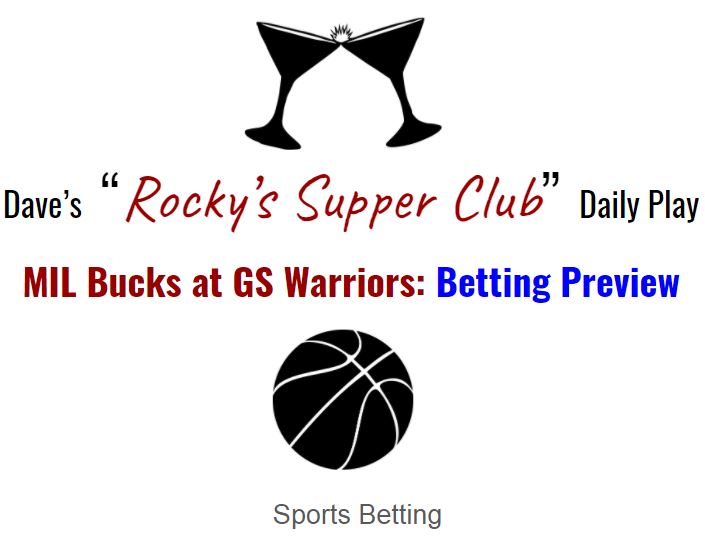 What’s on the table today?: Bucks at Warriors: Betting Preview

Tonight the Milwaukee Bucks currently on a three-game winning streak will take on the Golden State Warriors in Oakland, a team that has lost 7 of it’s last 8.

Milwaukee has won the last two contests between these teams, including a 138-99 victory on Christmas day, 2020. These teams have split the last 10 meetings with Milwaukee winning four of the last five.

The Warriors dropped their 3rd-straight after falling on the road to the Atlanta Hawks Sunday night by 6 as they allowed the Hawks to pull away in the final period outscoring them by a 38-29 margin after the home team took a 3-point lead into the 4th. And while Golden State was able to hold Trae Young and Bogdan Bogdanovich to a combined 6-21 shooting along with 3-10 from deep for 13 and 10 points, Clint Capella along with reserve Danillo Gallinari beasted out with 24 and 25 points. On the other hand, the Warriors shot 47% in the loss while getting 37 from Steph Curry; However, it should be mentioned that the guard also accounted for 8 of the team’s 16 turnovers while finishing just 3-12 from long-range. Golden State failed to cover as 1.5-point dogs for the contest and are 1-7 ATS in their last 8 games. (statsalt.com)