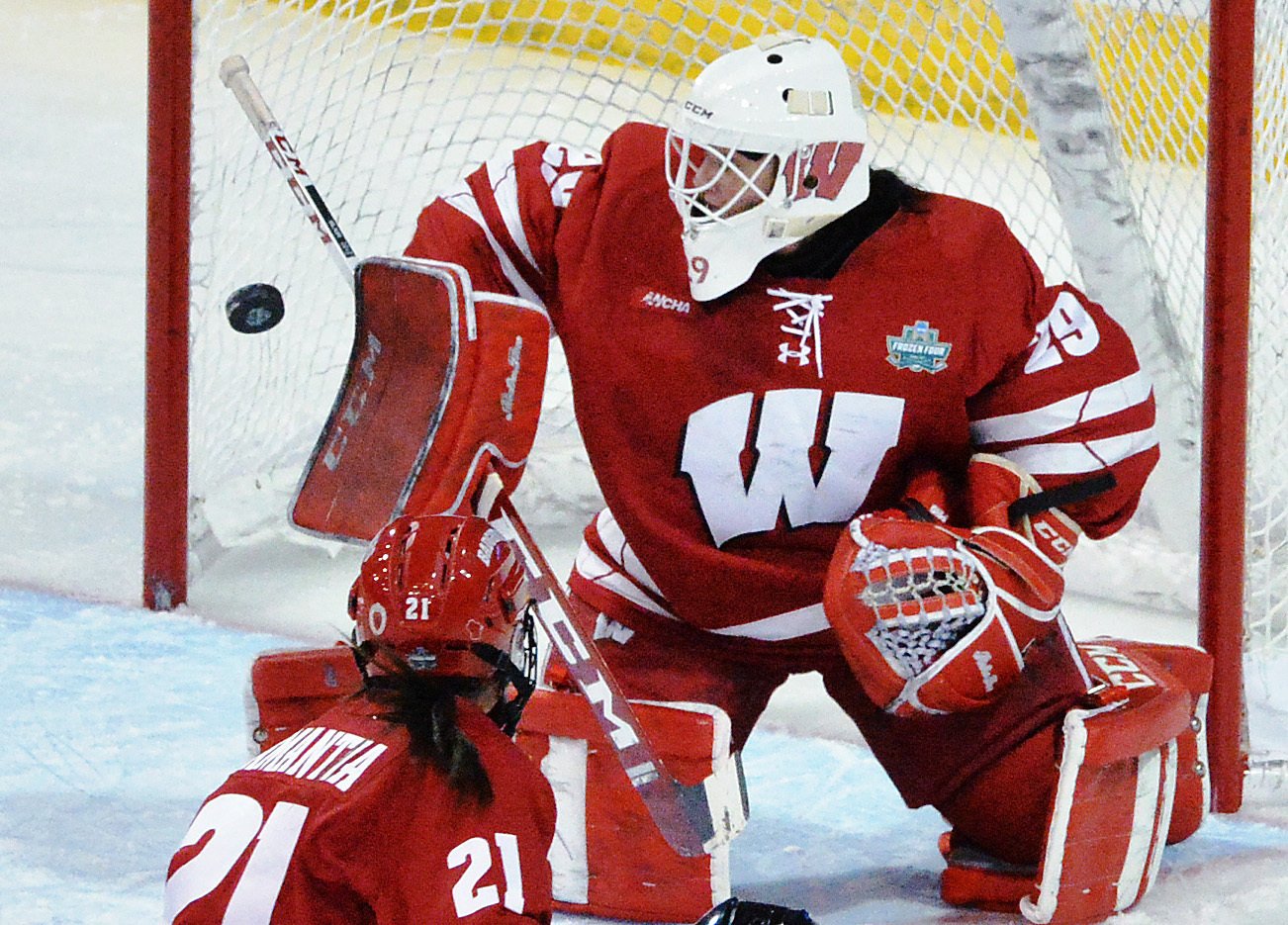 Watts had the puck behind the Northwestern net when Husky defenseman Megan Carter turned her back. Watts, the leading scorer in the country, intentionally banked the puck off Carter’s back and it deflected by goalie Aerin Frankel.

“Literally, I’m speechless right now,” Watts said after her 19th goal ended the fourth overtime game in the 20th women’s Frozen Four. “I have no words. This is unbelievable.

“My mind is kind of a blur right now … I was pretty sure I could bank it off her.”

Second-seeded Wisconsin (17-3-1) tied Minnesota for the most national title and technically is a back-to-back champion since the 2020 NCAA Tournament was not held because of the COVID-19 pandemic.

Tight checking kept two high-powered offenses in check until midway through the third period. Then the teams, neither of which had been shut out all year, swapped goals 39 seconds apart.

It started with Wisconsin freshman Makenna Webster getting her eighth when she banged in a rebound of Casey O’Brien’s shot with eight minutes left in regulation.

Then Alina Mueller dug the puck out on the end board and found Chloe Aurand in the left circle for a one-timer. Aurand went far corner top shelf for her 15th for the top-seeded Huskies.

Northeastern got a great opportunity late when Britta Curl was penalized for a cross check with 5 1/2 minutes to play but goalie Kennedy Blair and the Badgers killed off their fourth penalty.

“We did a great job killing penalties and having momentum a bunch in the second and third period,” long-time Wisconsin coach Mark Johnson said. “When we got that one goal I thought that might be enough but give them credit, they came right back the next shift to it tie up. Then it comes down to one shot. I didn’t think it was going to come from behind the net.”

“I haven’t met a national championship trophy I didn’t like,” Johnson said.

Northeastern (22-2-1) had a 22-game unbeaten streak with 18-straight wins. The Huskies were in their first Frozen Four and were trying to win the school’s first NCAA championship game in any sport.

The Huskies, who only had one penalty, were outshot 37-25 and held to one goal for only the third time this season.

0
0   0
previous La Crosse's Davis wraps up solid freshman campaign for Badgers, who stand to lose eight seniors — or not, because of COVID
next After month off due to COVID, No. 1 Badgers take down fourth-ranked Minnesota
Related Posts