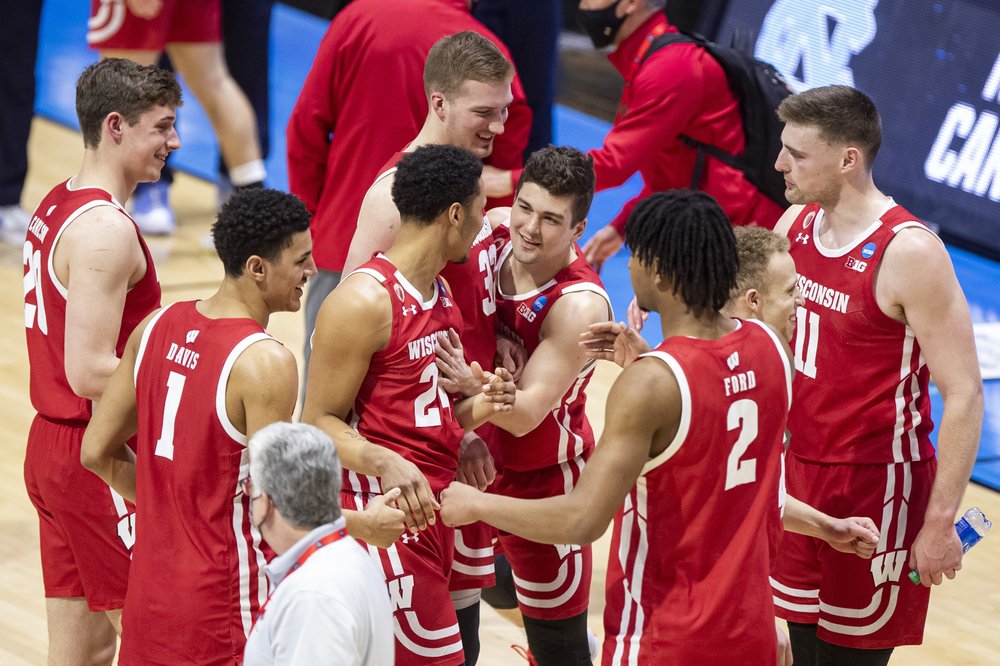 In his first NCAA tournament game, La Crosse native Jonathan Davis did a little of everything for Wisconsin. The 6-foot-5 freshman had six points on 3-of-4 shooting, to go with six rebounds, three assists, a steal and a block in 23 minutes.

His twin brother, Jordan Davis, got in for a minute, and nailed a 3-pointer.

The Badgers (18-12) had lost four of five entering the tournament, but they remained confident because the losses were against ranked teams Iowa, Illinois and Purdue, and all were by five points or fewer.

“Obviously, our league has been phenomenal and it was such a grind to go through, specifically the schedule we had down the stretch,” Wisconsin coach Greg Gard said. “The schedule maker must not like me or us. But it prepared us and it tested us as we came down the stretch of the Big Ten, and thankfully it prepared us for this, and being ready to take steps forward at the end of the year.”

The Badgers entered with a 4-42 record at Mackey Arena, home of Big Ten rival Purdue. They looked right at home on Friday, shooting 51% from the field overall and 57% in the second half.

Although Williams had won all 14 of his first-round games with Kansas and his first 15 with UNC, the loss by this uneven Tar Heels team was hardly a shock. North Carolina never won more than three straight games all season.

Armando Bacot scored 15 points for UNC (18-11) and Garrison Brooks and Caleb Love added 10 each. It brought a close to a trying season for Williams, who managed a roster that included eight freshmen.

The game was tied at 16 before Wisconsin took control. Davison spun around, lost his defender, stopped and drained a 3-pointer that put the Badgers up 35-24 late in the first half.

Davison hit another 3 with 34 seconds left in the half to make it 40-24 and bring the boisterous Wisconsin fans to their feet. That score held until halftime, and the Wisconsin backers stood and cheered throughout the final seconds. They made quite a bit of noise — the Badgers brought a larger group of fans than other schools because of the relatively close proximity to Purdue.

North Carolina chipped away with baskets in close before a 3-pointer by Wisconsin’s Nate Reuvers rimmed out, then in, to push to advantage to 58-43 with 12 minutes to play.

The Badgers remained in control from there.

North Carolina, known for its size, got outrebounded 37-34 as Gard tinkered with his lineups. The Badgers at times played 6-foot-10 Micah Potter and 6-11 Nate Reuvers together, something that rarely happened during league play. Potter had nine points, four rebounds and three assists in 25 minutes and Reuvers had seven points and five rebounds in 26 minutes.

Williams was impressed with how Wisconsin matched his team inside.

“Not many people have done that, so their coaching staff got them to be more in tune and in focus with going after rebounds,” he said.

Williams, on how he hopes his young team responds: “That’s what I hope they use it as, as fuel. Basketball can be the greatest game in the world, and when you lose it’s like somebody reaches in and grabs your heart and shakes it right in front of you.”