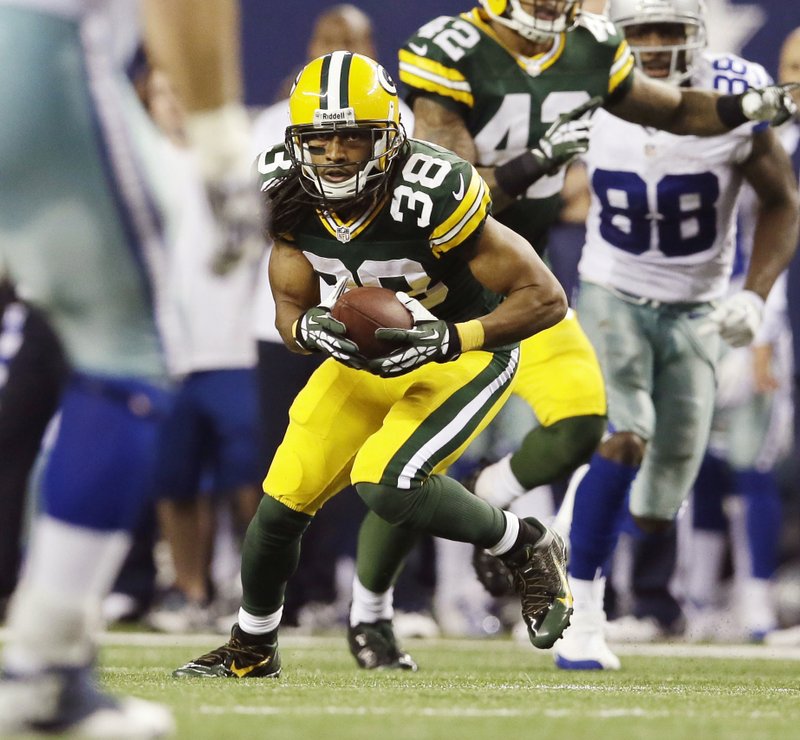 Williams opened an Instagram post by referencing the uniform number he wore with the Green Bay Packers and saying that “No. 38 is clocking out at 38!” He then proceeded to thank his family members and each of the NFL organizations he played for during his career.

He played six regular-season games and one playoff game for the Baltimore Ravens last season and was waived after their AFC divisional playoff loss to Buffalo. The Packers signed him to their practice squad that week and elevated him to the active roster for their NFC championship game loss to Tampa Bay, though he didn’t play in the game.

Williams’ 34 interceptions had ranked him second among all active players behind Richard Sherman (36). Williams made 153 starts in 205 regular-season games. He earned Pro Bowl honors in 2010 while playing for a Packers team that won the Super Bowl that season.

“We want to congratulate Tramon, a true pro, on a very successful career that was filled with individual achievements and incredible contributions to team success,” Packers general manager Brian Gutekunst said in a statement.

“He was a talented, humble and hard-working player who was a great teammate both on and off the field. We wish him, his wife, Shantrell, and their family all the best.”

The Houston Texans signed Williams as an undrafted free agent from Louisiana Tech in 2006, but released him before the regular season. He joined Green Bay’s practice squad later that year and made his debut with the Packers in 2007.

TOP PHOTO: FILE – FILE – In this Dec. 15, 2013, file photo, Green Bay Packers cornerback Tramon Williams (38) grabs an interception on a pass from Dallas Cowboys quarterback Tony Romo during the second half of an NFL football game in Arlington, Texas. The Packers signed Williams as a free agent in the offseason for his second stint with the team. (AP Photo/Tony Gutierrez, File)

0
0   0
previous We’re back! NCAA bids mean a bit more to 4 teams after ’20
next Travis Shaw back with Brewers, competes for spot at 3B
Related Posts