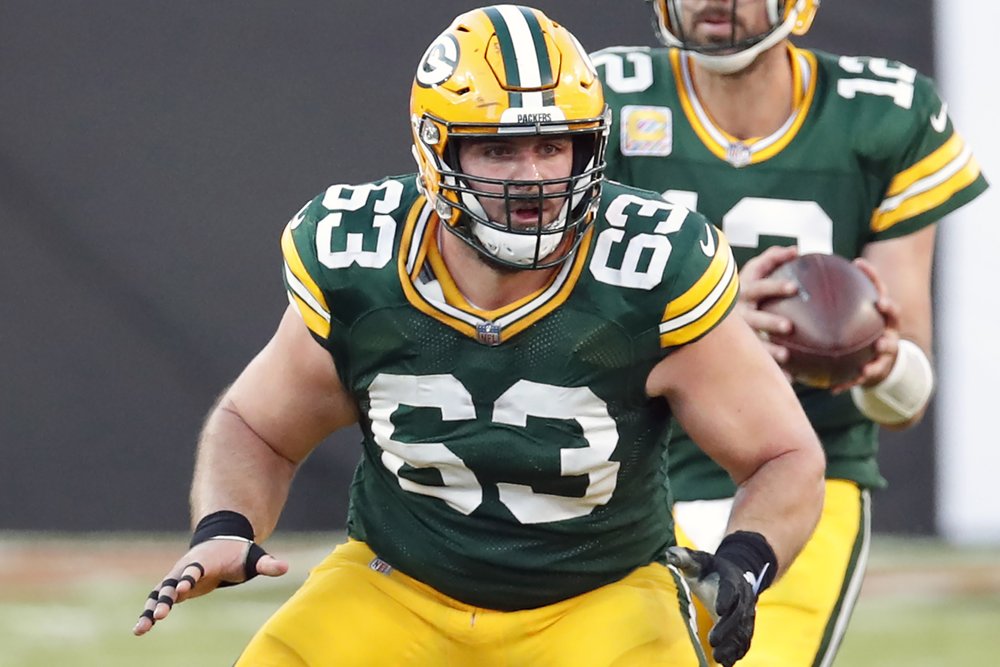 COSTA MESA, Calif. (AP) — The Los Angeles Chargers are taking a huge step toward upgrading their offensive line, agreeing to terms on a five-year contract with All-Pro center Corey Linsley, a person familiar with the negotiations told The Associated Press.

NFL Network reported Linsley will become the highest-paid center in the league at $62.5 million.

The person spoke to the AP on condition of anonymity because teams can’t announce free agent deals until the NFL’s new league year begins Wednesday. Monday began the two-day “legal tampering” period when teams could reach out and start negotiating with unrestricted free agents.

The Chargers were also able to retain one of their own, re-signing cornerback Michael Davis for three years. The team officially announced the move Monday afternoon.

Linsley is expected to upgrade a Chargers offensive line that was one of the worst in the league last season. Los Angeles allowed the fourth-most hurries, putting Offensive Rookie of the Year Justin Herbert under heavy pressure. Linsley allowed a league-low four pressures last season among centers who played 13 or more games, while LA’s Dan Feeney was tied for the most at 33.

Linsley, who spent the past seven seasons with Green Bay after being a fifth-round selection in 2014, will solidify a position in flux the past two seasons. Mike Pouncey signed with the Chargers in 2018 and went to the Pro Bowl before injuries sidelined him five games into 2019. Pouncey was on injured reserve last season and announced his retirement last month.

General manager Tom Telesco and new head coach Brandon Staley still have many needs to address on the line. Right guard Trai Turner was released last week, while left guard Forrest Lamp and left tackle Sam Tevi are slated to be unrestricted free agents. Linsley will be reunited with right tackle Bryan Bulaga, who signed with the Chargers last year but was hampered by injuries.

Retaining Davis became a bigger priority after Casey Hayward Jr. was released last weekend. Davis, going into his fifth season, led the Chargers in interceptions last season with three, including one returned for a touchdown. He started 14 games and had a career-best 63 tackles.