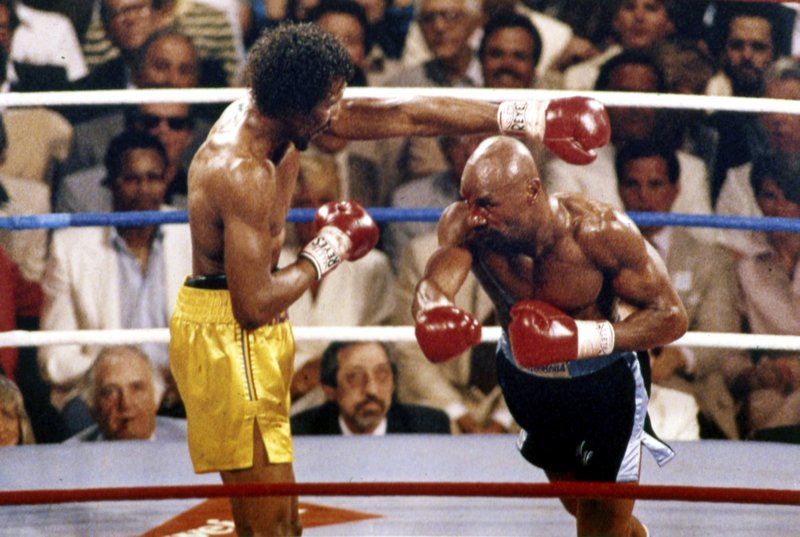 Sunday night I (we) were shocked by the passing of one of the greatest professional boxers of all time, “Marvelous” Marvin Hagler.

From the early 1980’s until 1987 Hagler was the undisputed champion for over six and a half years (tying him for 2nd best reign of the century for a middleweight) and would finish with a career record of 62-3-2.

In today’s Classic Sports Moment we look back at what is arguably the best fight in modern boxing history, with Hagler and Tommy “The Hitman” Hearns literally duking it out over three incredible rounds that saw Hagler win by KO.

Two years later Hagler would fight Sugar Ray Leonard (and lose) in what was one of the most disputed decisions in boxing history. Hagler, so devastated by what he considered to be a “robbery” of his middleweight crown, would never fight again.