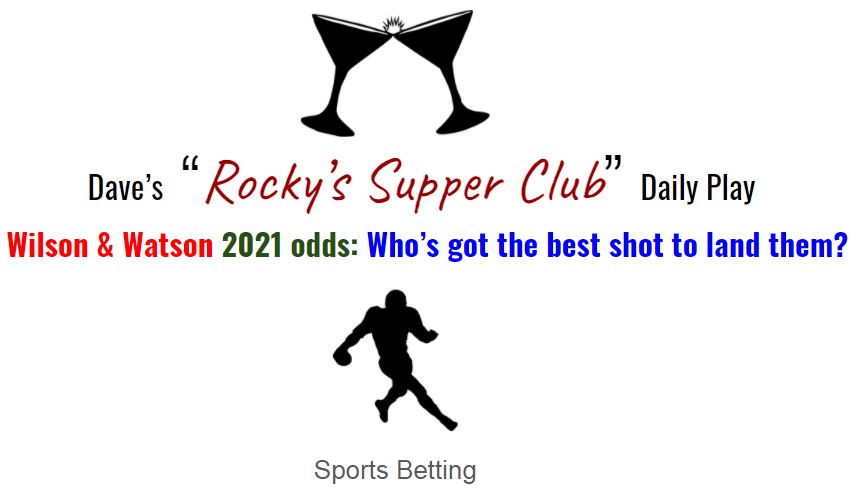 What’s on the table today?: Russell Wilson and DeShaun Watson: who’s got the best odds to land these QB’s if their current teams’ can’t hold on to them?

Over the past few weeks we’ve seen big time QB trades (Stafford for Goff) (Wentz for picks) and big time starts (JJ Watt) signed with new teams. Now, two of the best QB’s in the NFL are “rumored” to potentially be moving this offseason, even though Russ will say “he doesn’t want out…but if he did he’d go here” and Watson saying “he’ll never play again for HOU”.

The reality is, both of these QB’s will most likely be in the same place next year as they were; Seattle and Houston respectively.  However, if these two were to be moved, what do the oddsmakers think about their landing spots?

**(important to note that all of the top teams, odds-wise, in the JJ Watt chase lost out on him)**

According to ESPN’s Jeremy Fowler, the Denver Broncos and San Francisco 49ers are among the teams that Watson would be interested in a trade to.