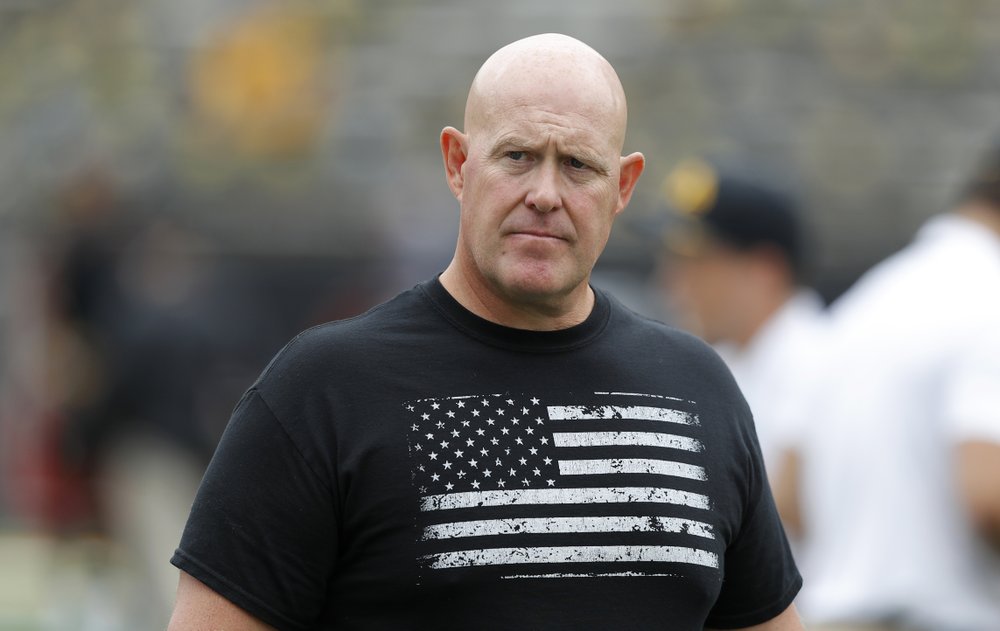 Jacksonville Jaguars coach Urban Meyer defended the hiring of a former Iowa assistant accused of racism, saying Thursday he “vetted him thoroughly along with our general manager and owner.”

Iowa agreed to pay strength coach Chris Doyle $1.1 million in a resignation agreement last June after more than a dozen former players said he bullied and discriminated against them. Doyle denied the allegations. An investigation by an outside law firm later found that the program’s rules “perpetuated racial and culture biases and diminished the value of cultural diversity,” and allowed coaches to demean players without consequence.

A lawyer for 13 Black ex-Iowa football players has filed a lawsuit alleging his clients suffered racial discrimination under longtime coach Kirk Ferentz. Doyle is among the defendants.

“I feel great about the hire, about his expertise at that position,” Meyer said. “I vet everyone on our staff, and like I said, the relationship goes back close to 20 years and a lot of hard questions asked, a lot of vetting involved with all our staff. We did a very good job vetting that one.”

Meyer added that owner Shad Khan was involved with all of the “high-end hires,” including Doyle. Meyer said he’s confident the addition won’t be an issue with current player or potential free agents.

“I know the person for close to 20 years and I can assure them there will be nothing of any sort in the Jaguar facility,” Meyer said.

An investigation turned up “a pattern of troubling behavior by Zach Smith: promiscuous and embarrassing sexual behavior, drug abuse, truancy, dishonesty, financial irresponsibility, a possible NCAA violation, and a lengthy police investigation into allegations of criminal domestic violence and cybercrimes,” according to summary investigative findings released by the university.

Meyer knew about at least some of the issues and did little, if anything, before finally firing Smith after his wife asked a judge for a protective order.

Meyer spent nearly a month working to assemble a staff that can help him make a successful transition from college to the NFL, and surely could have found someone with less baggage than Doyle.

Fernando Lovo will serve as Meyer’s chief of staff.

Meyer insisted when he took the job in mid-January that he would build a “great staff” with plenty of NFL experience, and his main four coordinators have a combined 67 years of pro experience.

Doyle, though, drew most of the attention Thursday.

“Keeping players healthy at their maximum performance is a high, high priority,” Meyer said. “My mind has really changed over the year about the priority of that, and Ohio State, we became, you know I’m very biased, but we became the best in college football. Now our job is to make sure we become the best in professional football.”

TOP PHOTO: FILE – In this Sept. 1, 2018, file photo, Iowa strength and conditioning coach Chris Doyle walks on the field before an NCAA college football game between Iowa and Northern Illinois in Iowa City, Iowa. Jacksonville Jaguars coach Urban Meyer defended the hiring of former Iowa assistant Chris Doyle on Thursday, Feb. 11, 20201, by saying he “vetted him thoroughly along with our general manager and owner.” Iowa agreed to pay Doyle $1.1 million in a resignation agreement last June after scores of former players said he bullied and discriminated against them. (AP Photo/Charlie Neibergall, File)