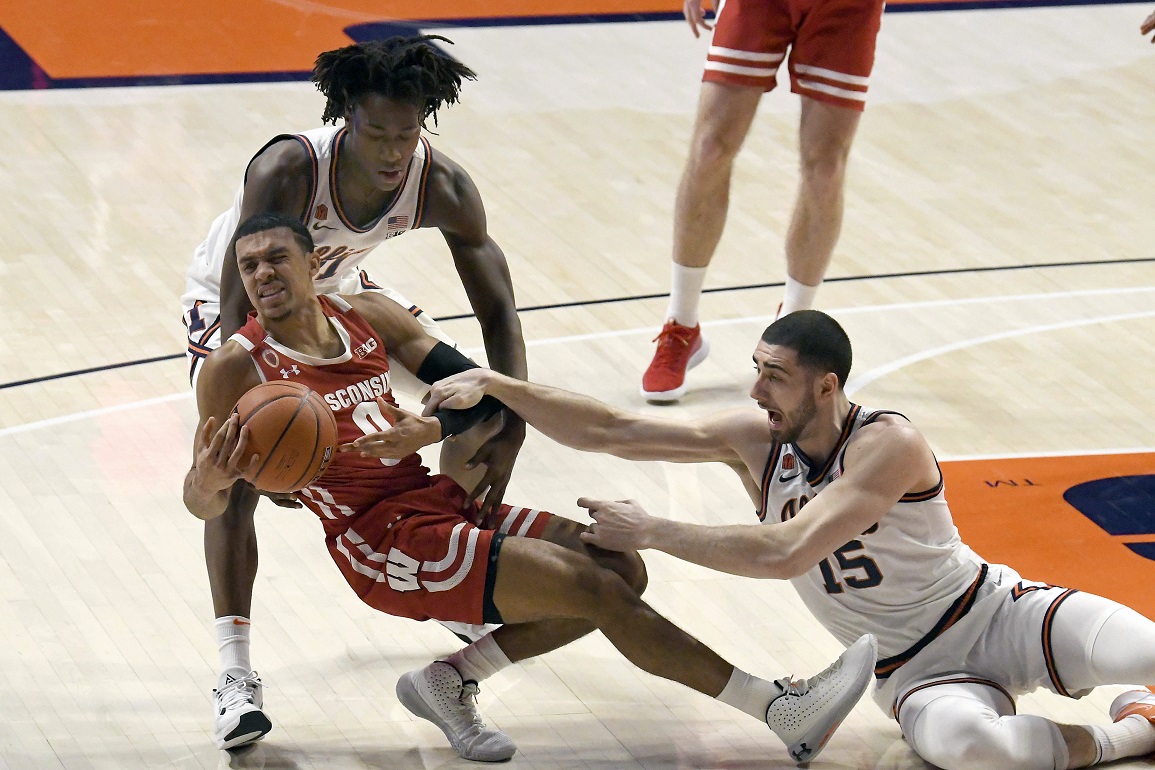 Davis scores six, as 19th-ranked Badgers get blown out by No. 12 Illinois

Davis scores six, as 19th-ranked Badgers get blown out by No. 12 Illinois

La Crosse’s Jonathan Davis had seven points, four rebounds as the the 19th-ranked University of Wisconsin men’s basketball team lost to No. 12 Illinois 75-60 on Saturday at the Kohl Center.

Davis was coming off a career game, setting highs in points, field goals made, 3-pointers, steals … and turnovers.

Saturday, though, was the second game of the season the freshman went without a block or a steal.

Davis was 3-for-6 from the field and 1-for-1 from beyond the arc in 26 minutes — the third-most minutes on the team. He’s now made his last five 3-pointers, after going 0-for-8 before that.

Illini guard Ayo Dosunmu had a triple-double with 21 points, 12 rebounds and 12 assists. He also had seven turnovers.

At 4 p.m. Thursday, Wisconsin next plays at Nebraska. The game will be on ESPN2.