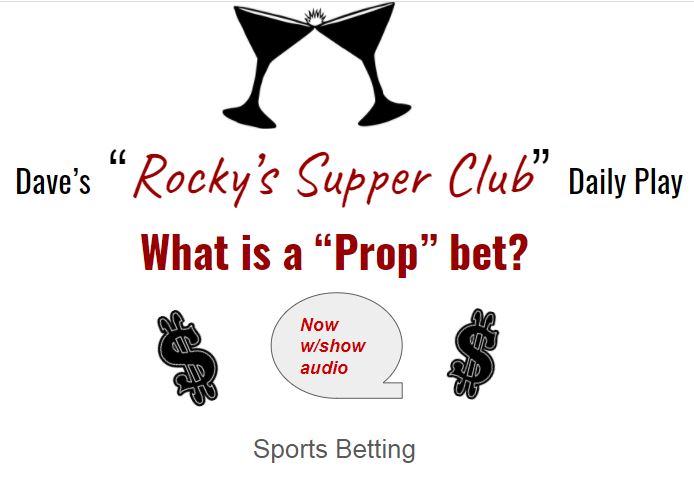 How did I get here?: Another loss on the NBA court as Lebron James scored a Lakers career high 46 against his former team, the Cavs, but the Lakers failed to cover the (-10) spread winning 115-108.

All the metrics looked good for the unbeaten (still) on the road Lakers; they we a (-14) favorite according to the ScoresandOdds.com power rankings, they had covered 7 of their 9 road spreads this season, and the Cavs were coming into the second night of a back-to-back following a 30+ point loss to the Celtics on Sunday night.

What’s on the table today?: Today I’m taking a break from making an actual “PLAY”, and instead looking ahead to Super Bowl 55 and some of the PROP bets that are out on the market.

What is a PROP bet you ask??? Well, it’s a good thing that Uncle Dave is here because these PROP bets can be really fun, have some great odds/value, and make a game (where your team isn’t playing) a little more interesting.

“PROP” bet defined: A prop bet in sports betting — short for proposition bet — is a wager that is not directly tied to the final score or final outcome.

Almost anything but the point spread, total and moneyline can be considered a prop bet — total passing yards by a player, who will score the first touchdown, coin toss result (yes, even the coin toss) and so much more. (source: Actionnetwork.com)

What kinds of “PROP” bets are out there for Super Bowl 55??

Tons of PROP bets are out so far for Super Bowl 55. In doing some initial research yesterday and today, I found a site (Sportsbetting.ag) that had a TON of great props out including MVP, National Anthem length, Roger Goodell sightings on camera and so many more.

I haven’t yet decided if I’ll incorporate any props into my plays this week, but I do have to say that the props involving Tom Brady’s former coach Bill Belichick, and how many times he’ll be referenced during the game as a quite interesting one.

Currently the site (Sportsbetting.ag) has the odds listed at (-200) that Belichick, as Tom Brady’s former coach, will be mentioned at least once during the broadcast. I mean, c’mon man, we ALL know they’ll talk about that for half of the ENTIRE broadcast! This is easy money even if you do have to lay $200 to win $100, that’s just money waiting to be collected!

Some “PROP” bets found on (Sportsbetting.ag) for Super Bowl 55:

Mahomes’ odds are plus-100, according to the site. The next-best odds belong to Bucs quarterback Tom Brady (plus-200), meaning a $100 bet wins $200. Next on the list: Chiefs tight end Travis Kelce and receiver Tyreek Hill (plus-1,000) and Bucs receivers Chris Godwin and Mike Evans (plus-2,800).

Orange is the favorite color of liquid to be poured on the winning coach (plus-125), followed by red/pink (plus-300) and yellow/green/lime (plus-400).

The site lists minus-200 odds that “Belichick” — as in Brady’s former coach in New England, Bill Belichick — will be said at least once.

The over/under on how many times Brady’s wife, Gisele Bundchen, will be shown is 1½. For NFL commissioner Roger Goodell, it’s minus-200 odds he will be shown under 1½ times and plus-150 that he’ll be shown more often.