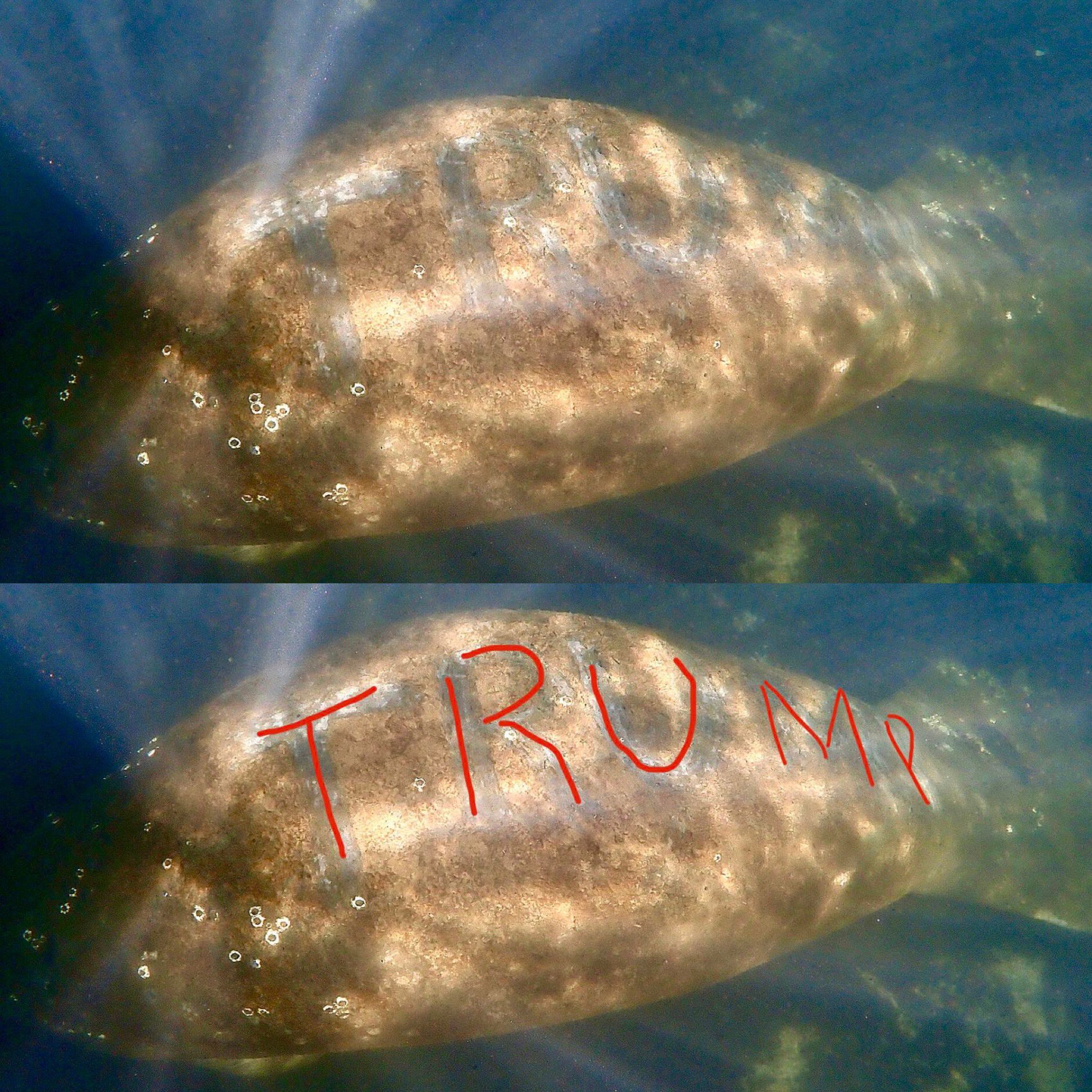 “Guardians of the Galaxy” actor Dave Bautista is offering a $20,000 reward to catch whoever etched “Trump” into a Florida manatee’s back.

A video showing the gentle sea cow emerged with the word “TRUMP” scraped in algae on its back went viral after it was spotted in the Homosassa River in Citrus County. The U.S. Fish and Wildlife Service and the Florida Fish and Wildlife Conservation Commission are looking for any information regarding the animal’s harassment.

The Sarasota-Herald Tribune reported that Bautista, a Tampa native and former wrestler, offered the reward on Twitter, adding “And I promise, there will be bonuses to that reward!”

The U.S. Fish and Wildlife Service said the manatee does not appear to be seriously injured.

A nonprofit group that protects endangered animals is offering a $5,000 reward for information leading to a conviction in the case. Harassing a manatee is a federal crime, and is punishable by a $50,000 fine and up to one year in prison under the Endangered Species Act.

“Manatees aren’t billboards, and people shouldn’t be messing with these sensitive and imperiled animals for any reason,” said Jaclyn Lopez, Florida director at the Center for Biological Diversity “However this political graffiti was put on this manatee, it’s a crime to interfere with these creatures, which are protected under multiple federal laws.”